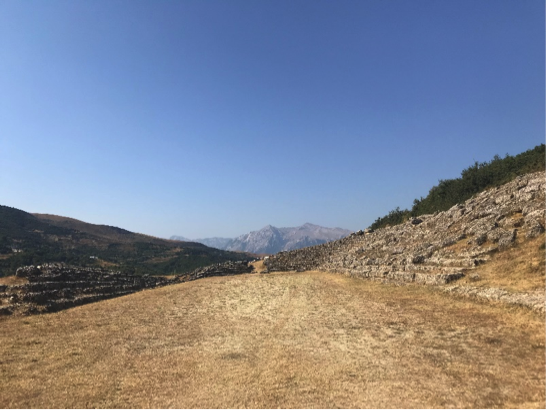 Visiting archaeological sites in Albania in August requires an early start, so I used this as an excuse to have an evening in a lovely hotel in Vlore (ancient Aulon) before heading off to explore the amazing site of Amantia again. The city was the settlement of the Amantes tribe, in the borderlands of Illyria/Epirus, and is in a commanding position over the Aoos (Vjosë) valley and the road to Aulon.

The usual site guard had a day off, so a young girl (about 10 years old) from the family who live and farm on the site led us through the sheep and chicken pens to the famous arched gate at one end of the 4th century BCE perimeter wall of the city. Along the way she carefully pointed out and explained various archaeological features, it was so good to hear her interest in and enthusiasm for the site.

Although I have been to Amantia many l times I had concentrated on visiting the stadium and walls and the remains of the settlement within them and had never climbed down to visit the remains of the Doric temple of Aphrodite, dated to the 3rd century BCE and beautifully situated below the city on a spur of rock. It’s a very steep walk, but the views from the temple overlooking the valley below are wonderful, and climbing back up to the city you can see the different types of construction of the walls according to the terrain. 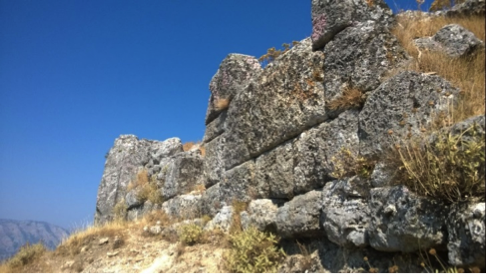 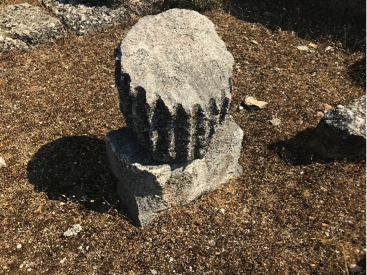 When we arrived back at the farmhouse and sought out our ‘guide’ to thank her, her grandmother insisted on giving us juice made from ‘thana’ fruit (Cornus mas) which made me think about local resources for ancient spears.

This summer authorities announced the discovery of a very large Macedonian type tomb at Amantia. It is open to the public, but is quite a walk from the main site – so I will be going back to Amantia soon when it’s a bit cooler and will report back. 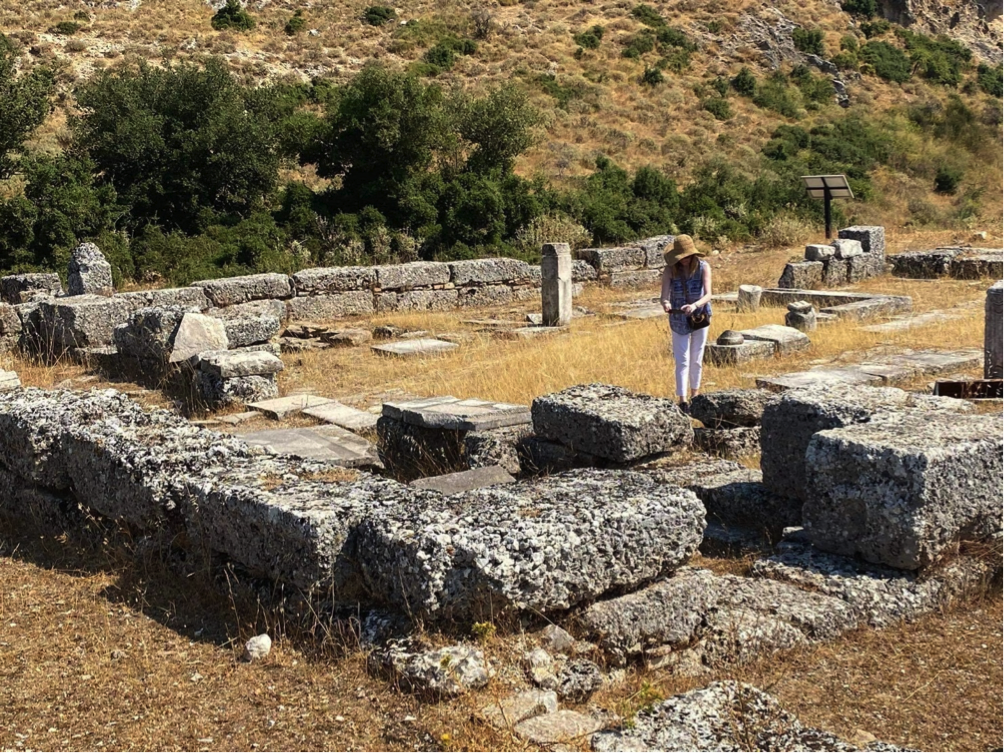