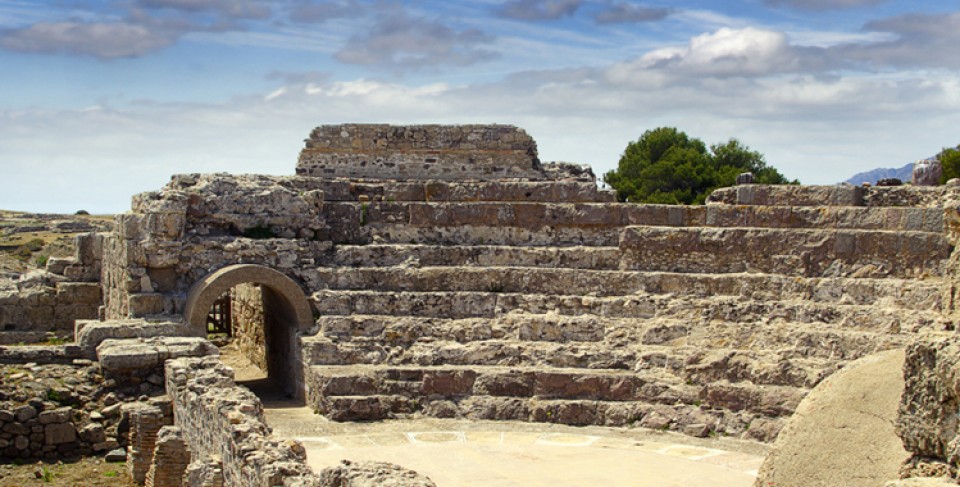 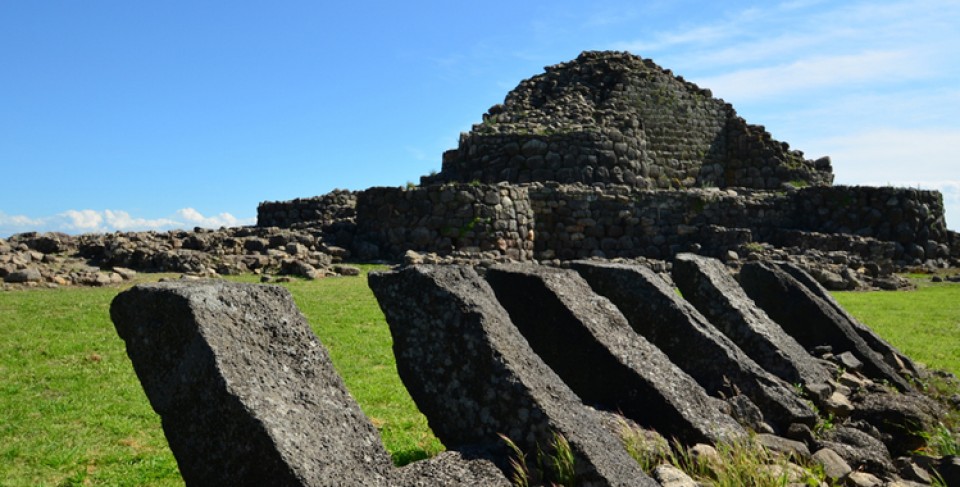 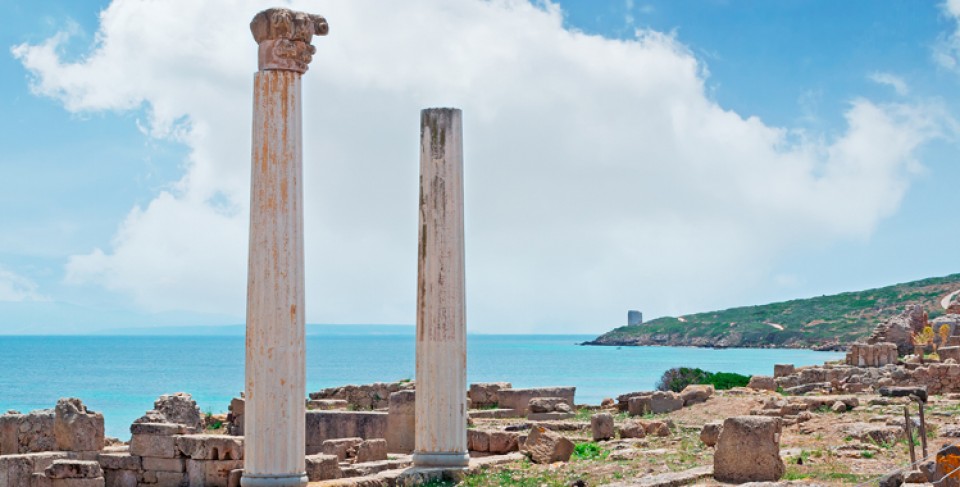 Named for the local hero deity Sardus Pater and giving us our word sardonic, the highly picturesque island was originally populated in the Paleolithic period. A cultural melting pot of Etrurians, Greeks (Aegean Ozieri), Phoenicians, Iberians, Beaker people, Germanic Vandals, Romans and Byzantines. The stupendous Megalithic Nuragic Civilisation has oft been compared to its contemporaries, the Minoans and Mycenaeans. Indeed, in all likelihood, the obsidian for the daggers found at Mycenae was imported from here. In addition to the wealth of ancient archaeology, scenic drives and sandy beaches abound.

The programme can be shortened to include archaeological sites and museums specific to your areas of study. 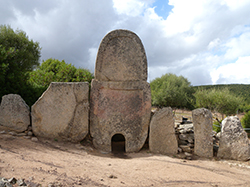 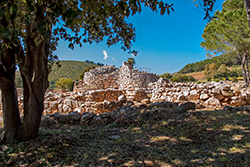 Palmavera, the oldest and most important of the Nuragic sites, consists of a palace, corbelled tower and a cluster of circular huts including Capanna delle Riunioni, the elders’ meeting place.
Anghelu Ruju necropolis consists of 37 underground tombs, many decorated with bull horn symbols. Archaeological finds are displayed in the nearby Sella & Mosca vineyard!
Hotel Alghero for Evening Meal 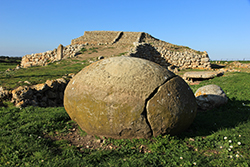 Set in beautiful surroundings, Monte d’accoddi Santa Cristina remains an enigma. Altar, temple or step pyramid? Certainly, a sacrificial area with separate male and female designated zones. The huge site of Tharros slopes gently down to the sea and boasts a plethora of Punic and Roman Temples, housing and thermae.
Hotel Oristano for Evening Meal. 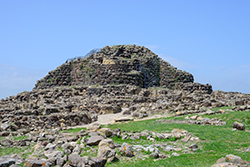 Famous for equestrian festivals and flamingos, mediaeval Oristano is also home to the wonderful Antiquarium Arborense Museum Hypogeum. The Nuragic settlement of Su Nuraxi di Barumini looms above the plain and rivals the Mycenaeans in construction. The Sa Domu è s’orcu tomb is set in an isolated, brooding and windswept location high above the plains.
Hotel Cagliari for Evening Meal 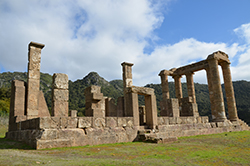 The Caracallan Antas Temple is a marvellous amalgamation of Roman and Punic construction reminiscent of Peloponnesian Bassae. Nearby Roman quarries and Su Mannau Grotto are of both archaeological and speleological interest. A visit to Monte Sirai will satisfy the gruesome with Punic Tophet and evidence of child sacrifice.
We traverse the ‘Pontimanno’ Roman Causeway to reach the island and Hotel Sant’Antioco for evening meal. 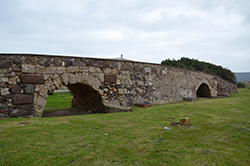 Sant’Antioco village Hypogeum (and nearby Tophet) is a warren of Punic chamber tombs and retains evidence of its use as housing until 1960’s. The rock cut chamber tombs of hillside Montessu Necropolis are set amongst fields of asphodel in a commanding position above a verdant plain. Romano Punic Nora is a sprawling seaside settlement complete with temples, housing, theatre and cloaca maxima.
Hotel Cagliari for evening meal. 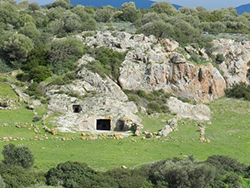 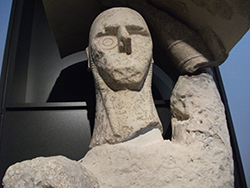 Cagliari is a city of huge contrasts; winding mediaeval streets, the Atilia Pomptilla Tomb, Necropolis of Park Bonaria, underground Roman City excavations, 8km expanse of white sand at Poetto Beach, botanical gardens and iconic pink flamingos of Lake Molentargius.
The Archaeological Museum on Buoncammino Hill is the perfect place to end a Sardinian tour as its exhibits perfectly bring together all that has gone before. Notable are the ‘Giants of Mont’e Prama’, 9 ft Colossi statues, pre C8th BC, thus the oldest ever found in the Mediterranean.
Transfer to Cagliari Airport and your return flight to the UK. 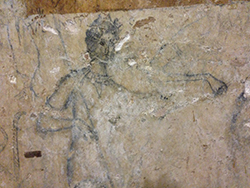 Forum Traiani Roman baths at the historic village of Fordongianus – not simply archaeology, one can bathe too – either in the old village thermae or at the luxurious modern complex nearby!
Take a unique back street tour of Cagliari with Claudio Dessi (Cagliari Touring Servizi Turistici) and his trusty calessino.