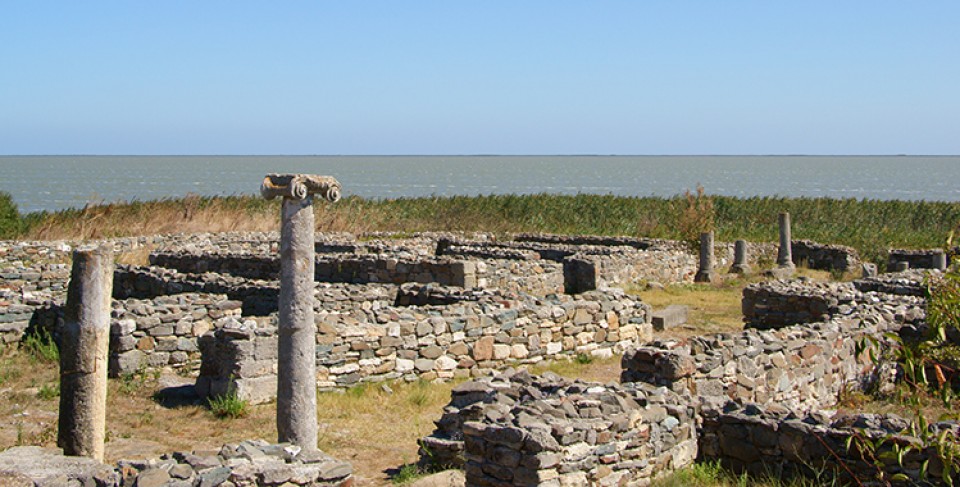 Don’t believe the Roman propaganda about the Dacians as simply a loose hegemony of uncultured barbarians! As the only enemy to extract tribute from the Romans and one of the few to dismantle a Legion in open battle; Romania boasts a plethora of both Dacian and Roman archaeology. 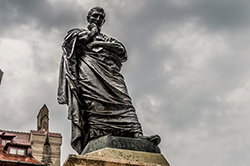 Fly into the Capital Bucharest and transfer to Constanta (Ancient Tomis). Situated on the Black Sea, Constanta, as named by Emperor Constantine, boasts a rather good pedigree. Founded by Queen Tomyris of the Massagetae after her victory over Cyrus the Great, Tomis was also the legendary landing place of Jason en route home with the Golden Fleece; Medea having dismembered her brother Absytrus on approach. The C6th BC Miletan cleruchy was annexed by Rome in 29BC and became Ovid’s place of exile.
Constanta Hotel and Evening Meal

Day 2
Morning visit to Constanta Archaeology Museum fronted by a suitably miserable statue of a brooding Ovid to immerse oneself in a vast array of Palaeolithic, Greek, Roman and Dacian artefacts; sculpture, ceramics, glass, metalwork and nautical relics. Particularly impressive are the Glykon (Fantastic Snake) and gold and silver Dacian jewellery. 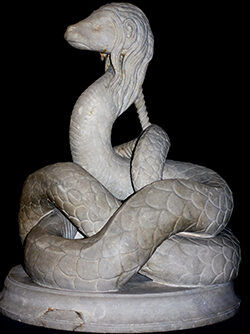 The Roman Mosaic Museum leads down a series of terracing to the port – 850 square metres of polychromatic tesserae with remains of shops, warehouses and thermae. Remains of C4th walls, houses and columns litter the separate archaeology park.
Afternoon visit to Greco Roman Histria, set within a wildfowl park on Lake Sinoe in the Danube Delta. Founded 670BC by Miletos, and the largest Greek port on the Euxine, it issued the first 8g silver drachmae c.480BC. The Site boasts impressive defensive walls, street paving and remains of housing, stoas, thermae and temples to Aphrodite and Zeus. The Museum’s collection consists of the usual suspects from Greek to Byzantine, including stele, epigraphy and of course, coinage. When exploring the large site, beware low flying herons.
Spend the evening in Constanta exploring the cultural old town centre with cobbled streets, open air restaurants, Genoese and Art Deco architecture, Mosques, Synagogue and Orthodox churches.
Constanta Hotel and Evening Meal 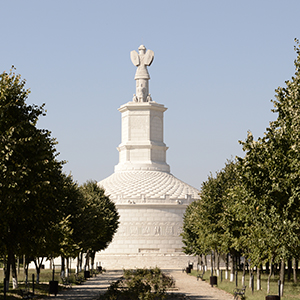 The stunning (renovated) 40m high Victory Trophe dominates the surrounding countryside. Built of polished, gleaming, white stone on a hexagonal base, 54 metopes illustrate (highly biased!) episodes of Dacian defeat and Romanisation, 26 relief crenellations of prisoners chained to tree trunks, the whole surmounted by a monumental panoply.
Nearby are the remains of an altar originally inscribed with the names of 3,000 Roman militia who died ‘fighting for the Republic’.
To study the monument in depth, simply move to the nearby museum where the frieze and 48 of the original 54 metopes are preserved at eye level, together with pilasters, panoply, freestanding sculptures and inscriptions.
Evening Bucharest. Walking tour of Ceaușescu ‘flash points’, ‘Little Paris’ and atmospheric old town.
Bucharest Hotel and Evening Meal

In the basement (far more accessible than at the V&A) are displayed the cast panels of Trajan’s Column, all of them, at eye level with English translation. The National Geographic Film on construction runs on constant loop, the column base is reconstructed to scale and explanatory information display boards on construction are also in English. Do not miss the Roman epigraphic stele exhibition. 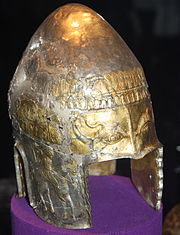 The Treasury Room contains hundreds of utterly amazing examples of Dacian gold and silver; crowns, jewellery, greaves, helmets. The Dacians were not savages – but Trajan had to make a point, especially after the humiliations inflicted by the ‘Client King’ Decebalus.
Free afternoon to explore the old town; Athanaeum, Churches, Court of Vlad Tepes, old merchant houses.
Transfer to Airport for late afternoon flight.

Optional Extras:
Evening at the amazing Caru’ cu bere for evening meal, traditional dancing, acrobats – all within a fabulous painted wooden high Gothic décor. The experience defies description!
Venture further North and West into Romania’s Carpathian Mountain area for spectacular scenery, Castles, Romans and Dacians. It’s a very large country, so please don’t be over ambitious. We had a stunning time but were totally shattered after our self-drive 10 Day Tour – and we still left much unseen.
Romania is a highly underrated country.