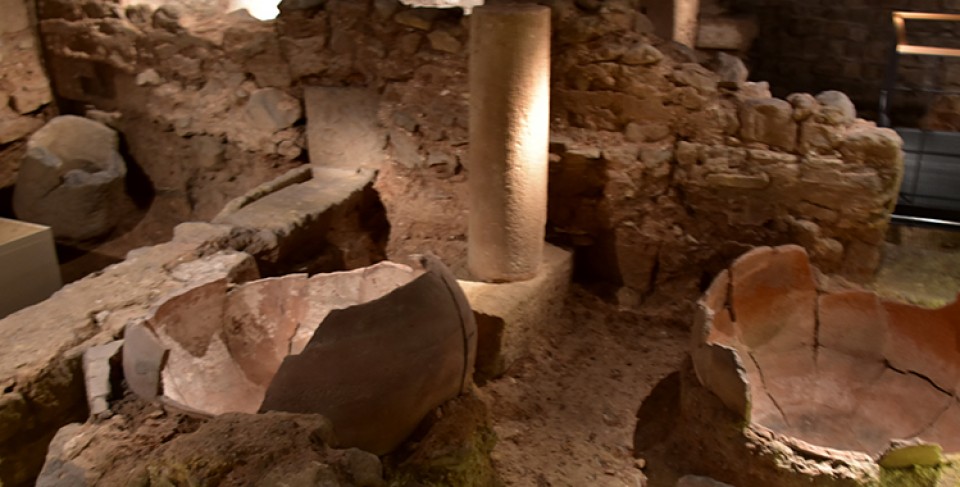 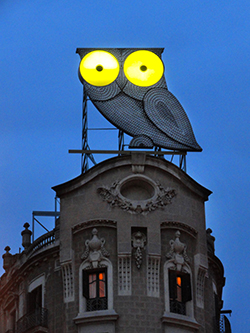 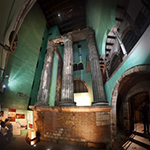 Simply follow the Walls, clockwise or anti depending upon your starting point, detouring as necessary to visit the small Roman Necropolis, aqueduct remains, arches, defensive towers, Forum remains and four columns and architrave of the Temple of Augustus
The Gothic Cathedral is built atop a Paleo-Christian Basilica and within the Cloister Geese of Saint Eulalia.
Lunch en route before descending into the subterranean Musea d’História de la Ciutat and Excavations. Passing through a small museum (domestic items, sculpture, epigraphy) one enters another world of Roman Streets, housing, frescos, thermae, textile factory, mosaics, walls, columns, wells, drains, wine production instillation (pressing and fermentation) and even a Garum factory! Exit via the Mediaeval City (Palace and Royal Chapel).
If the Domus Carrer Avinyó is closed, visit a stretch of wall, minsicule section of the Harbour Baths and Roman Gateway in the nearby mini shopping arcade.
Barcelona Hotel and Evening Meal 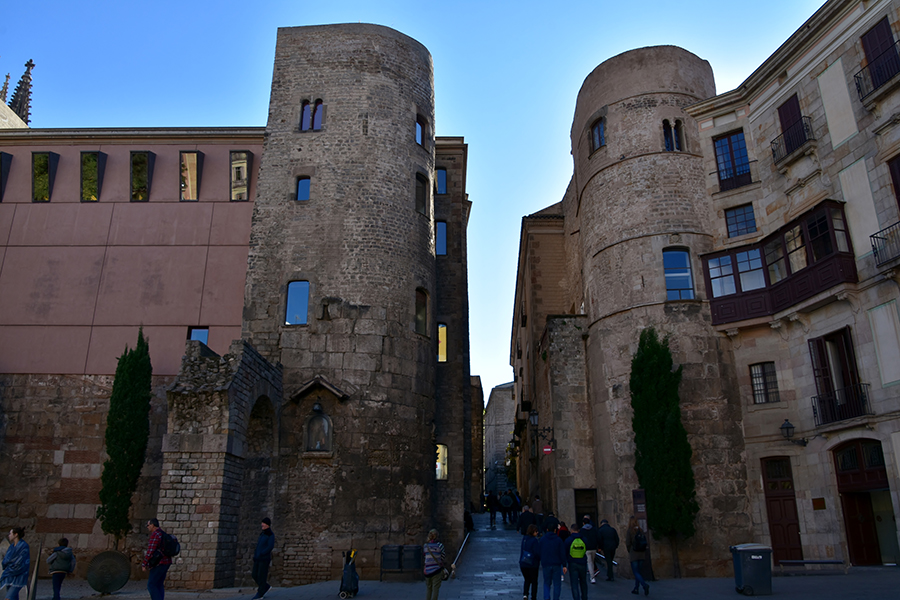 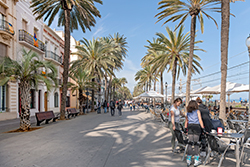 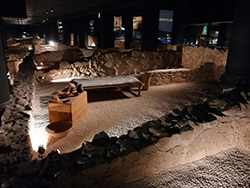 The exhibition area (conveniently positioned half way through with seating and audio visuals) displays a very good range of artefacts from everyday life, public and private religion, trade, politics, warfare, pottery, sculpture, jewellery, toys and stele. Statuary includes a marble Badalona Venus and portrait of Agripina.
Epigraphy includes a Tabula Hospitalis and Bronze Stele recording an agreement made between the town and a notable Patrician.
The beauty of this museum is that in addition to naming each building there are also explanatory paragraphs plus photos of appropriate artefacts from other Roman Sites. The labelling teaches.
Close by is La Casa dels Dofins (late C1st Domus + wine production area) and the Garden of Quintus Licinius (appropriately replanted based on achaeobotanic finds). Both have restricted opening hours, so take note.
As modern Badalona has a Chinese population, for lunch why not try a Chinese/Catalan Tapas? There is also a beach and decent promenade.
Barcelona Hotel and Evening Meal 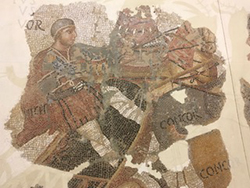 Walk or Metro to Parc-de-Montjuic. The Archaeological Museum of Catalonia is situated alongside a C17th Castle, ‘Greek’ Theatre, fountains, gardens, terraces and wonderful collection of Neo-Classical buildings built for the 1929 Barcelona International Exposition.
A circular route inside the Museum follows the historical development of Catalonia in an anticlockwise direction. The hub contains a selection of geographically wider artefacts (including Phoenician Glass and Boeotian Terracottas).
The first floor consists of a marvellous Archaeological Reading Room/Library with reproduction of Lady of Elche (original in Madrid), sarcophagae, much epigraphy, mosaics, stele, an excellent models of the Circus Maximus and the Falo de Sasamón – a five ‘point’ flying phallus surmounted by female with laurel wreath. 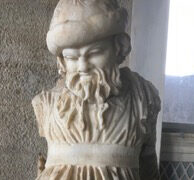 All Catalonia is represented here including some beautifully lit Punic, Greek and Etruscan imports; ceramic, glass, metal. Undoubtedly, in addition to the Flying Phallus, other highlights are the Priapus of Hostafrancs and the incomplete but huge Circus Mosaic.
Take the funicular or descend on foot via more gardens, across Las Ramblas and the Monumental Statue of Columbus to the seafront.
Soft drinks and pastries in the courtyard of Carrer del Correu Vell (more Mura and round Towers) and Plaça Traginers before visiting the remains below the former market of El Born and Mercat de Santa Caterina before Lunch. (Barcelona Markets are definitely the best lunch stops!) 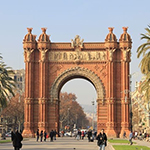 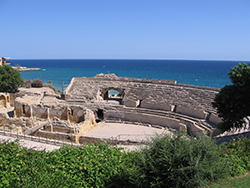 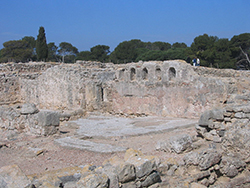 Blogs:
A Long Weekend in Roman Barcelona and Badalona (Barcino and Baetulo)