Please find links below to a few Classical Travel Web Sites and Apps which you may find useful.

5000 ancient sites, 300 ancient texts, 10,000 pictures. A unique Mobile App that geo-locates & describes every significant ancient Roman city, fortress, theatre, or sanctuary in Europe, Middle East as well as across North Africa.
The App is available on Google and Apple appstores.

A free educational learning platform for students, teachers, travellers and history lovers that presents Rome, its urban development, its monuments, the cities of its vast empire and many special topics. Ancient Rome Live covers more than 3000 years of Rome’s history. 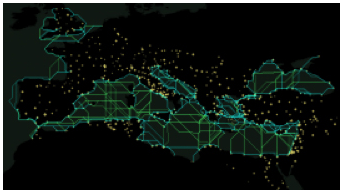 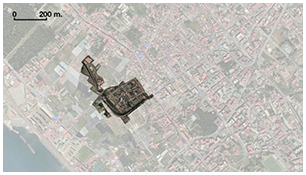 Herculaneum – Guide, Plan and Info for Visiting the Ruins: https://www.visitpompeiivesuvius.com/en/herculaneum

Intended as an educational tool, it simulates the ancient city for virtual tours. Reconstructions of many of the most famous ancient Roman locations, including the Roman Forum, the Colosseum District, the Basilica of Maxentius, the Pantheon, the Imperial Fora, and the Imperial Palace.

A mapping tool that enables the user to view the street layouts of most major Roman settlements of the period, in addition to the main road networks that connected them.

Historical Atlas of the Mediterranean:
http://explorethemed.com/IberiaRome.asp?c=1

If you know of others which could interest Teachers and Group Leaders, please let us know.