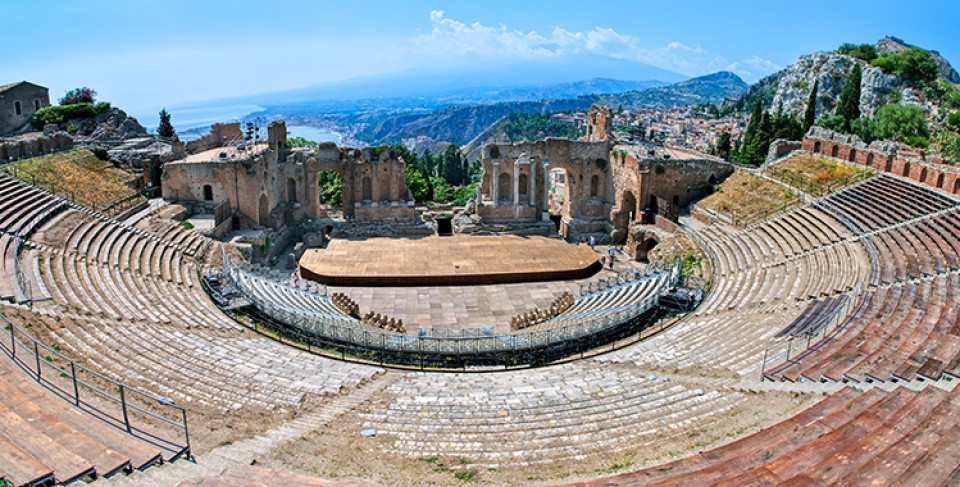 Due to its location linking Europe and Africa, Sicily has acquired an impressive range of Hellenistic and Roman archaeological remains. Expose your students to some of the finest examples of Classical Architecture, magnificently preserved theatres and splendid Roman mosaics.

The programme can be shortened to include archaeological sites and museums specific to your areas of study. 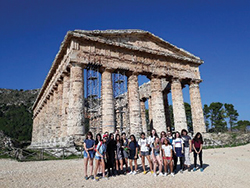 Drive westward to explore the Trapani Ring.
The first visit will be Monreale Monastery and Cloisters before stopping at Segesta, with unfinished 5C Doric temple and classical theatre. Lunch on Site. 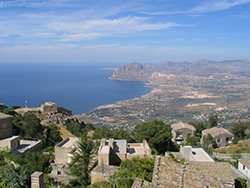 Continue to mediaeval Erice, perched on a 2,500ft hilltop, complete with Norman castle built atop Punic Temple to Astarte, fountains and cobbled streets. Originally an Elym village of Anatolian colonists, occupied in turn by Pyrrhus, Carthaginians and Romans – evidence of its chequered history still remains within its many churches and museums.
Hotel and Evening Meal, after which you have the opportunity to explore the walled town free from Tourist day trippers 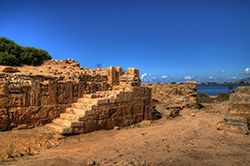 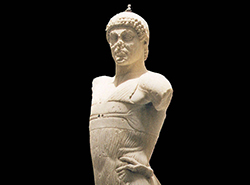 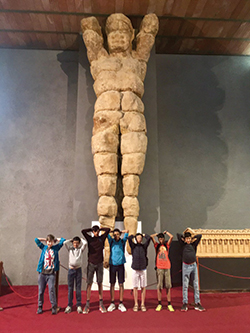 Archaeological Museum of Agrigento for a tremendous collection, most notable of which is the reconstructed Telamon Colossus.
Agrigento Hotel and Evening Meal. 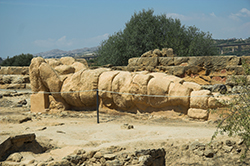 Morning at Agrigento (Akragas) to visit both archaeological Sites and vast array of temples, including Juno, Herakles, Concordia, Jove and the Telamon Statues.
Lunch en route 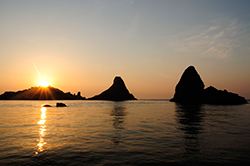 < Islands of the Cyclops 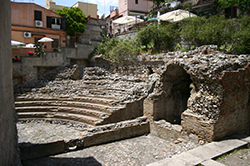 Drive through the National Park of Mount Aetna en route to Taormina. Optional Cable car and 4×4 Mini bus to the higher fumaroles. 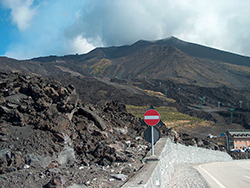 Lunch at Taormina (Sicil Tauromenion) with its wonderful Greco-Romano theatre, small archaeological museum and archaeological remains scattered throughout its mediaeval streets, played a prominent role in both Syracusan and Roman politics before becoming a playground for the European jet set and film set for the ‘Godfather’ movies.
Acitreza Hotel and Evening Meal 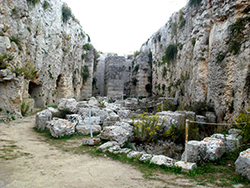 Visit Epipolae, scene of Athenian military disaster as vividly described by Thucydides Syracuse, a city so powerful it once rivalled Athens. Archaeological Museum, Amphitheatre, Theatre and Quarries.
Lunch and time to explore the original settlement on the island of Ortigia now accessed by two causeways. 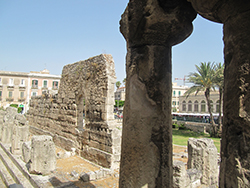 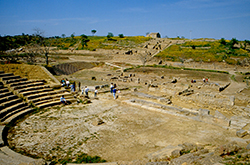 Full day coach excursion to Giardini Naxos and Morgantina.
Giardini Naxos, now a pleasant fishing port with beach, was the site of the first Greek Cleruchy on Sicily and boasts a small museum and archaeological park largely ignored by tourists.
Morgantina – a vast settlement ranging from and boasting remains of Sicel, Greek and Roman residential quarter, Agora, Ekklesiaterion, Prytaneion, Bouleterion, Mint and Thermopolium, Granary and Thermae.
Aidone for lunch and small archaeological museum housing the Morgantina Treasure, spectral statues of Demeter and Kore, the Morgantina Venus and a blue haired bust of Hades.
Acitreza Hotel and Evening Meal. 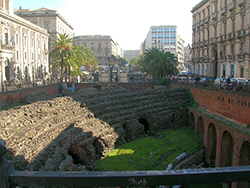 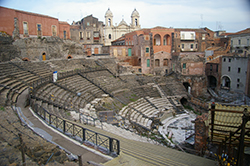 Archaeological remains include a Greco-Romano theatre (where Alkibiades once spoke), Termae Achilliane and della Rotonda, Archaeological Museum in Castello, Punic remains and archaeological composite elephant fountain outside the Duomo.
Transfer to Catania Airport and your return flight to the UK. 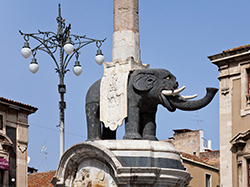 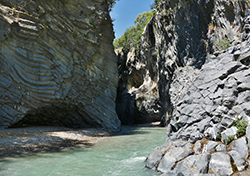 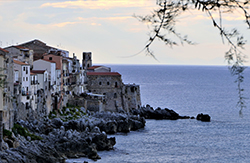 Himera and Cefalu with Temple remains 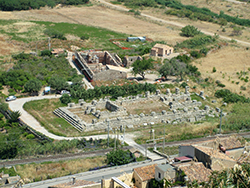 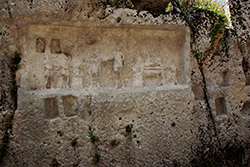 Blogs:
Health and Safety in Sicily – REVENGE OF THE MOTHER VOLCANO!