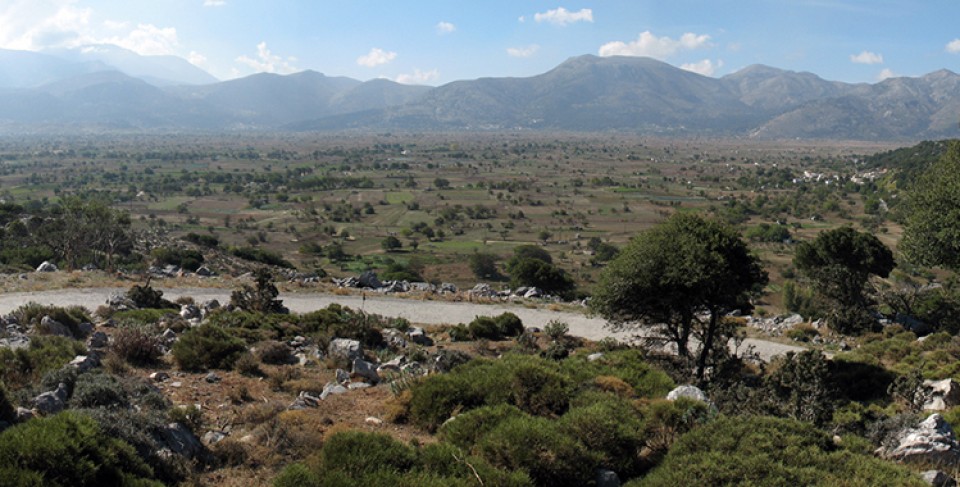 The picturesque island of Crete is renowned for its organic cuisine and wealth of important sites and first-rate museums covering Mythology, Minoans, Homer, Mycenaean and Classical Greeks, Romans, Venetians and the Battle of Crete. A programme which can easily be shortened to include archaeological sites and museums specific to your areas of study. 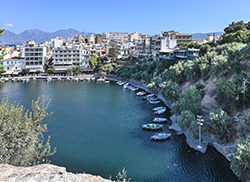 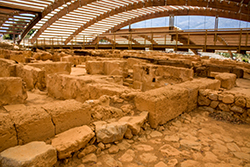 Malia Palace, dating from 1700 B.C. and destroyed 1450 B.C. probably by the catastrophic eruption of Santorini (Thera) and the ensuing tsunami.
Visit Heraklion Museum, a repository of amazing archaeological evidence of the Minoan Palace civilisation of Crete, including the famous bull’s head rhyton, ivory bull leapers and snake entwined priestesses.
Lunch in Heraklion at non-tourist, family-run taverna. Time to explore the Cretan capital and outdoor markets selling everything from home-made BBQs to Turkish antique jewellery. 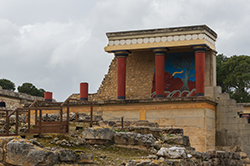 Visit Palace of Knossos, legendary home of King Minos and the Cretan labrys (double headed axe) which gives us our modern word ‘labyrinth’. This was the setting for the legendary defeat by Theseus of the Minotaur and the historical venue of the dangerous bull leaping and ritualised cannibalism. 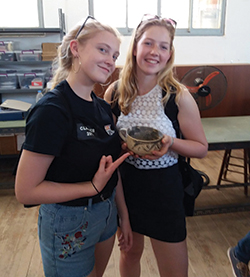 Optional Artefact handling Session at the Knossos Research Centre, courtesy of the British School at Athens. 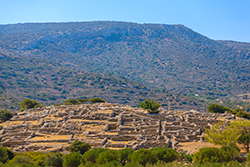 The floodlit Diktaean Cave is the reputed birthplace of Zeus and the Trapeza Cave an important centre for pilgrimage from its Neolithic occupation to 7C B.C. This highly fertile area with natural sink hole and eight natural passes has been the focus for rebellion and revolt from ancient times to WWII. 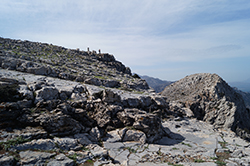 The Folklore Museum charts the family history of a peasant farming family throughout the early years of the last century. 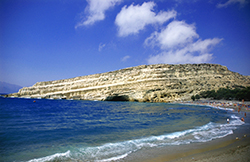 Another spectacular drive via Doric Lato (with threshing floor and remains of rectangular Minoan theatrical area) through the southern mountain range to Bronze Age Aghia Triada. The ‘Summer Palace’ is beautifully situated on a hill at the mouth of the Ieropotamos river.
Palace of Phaestos, excavation site of the Disc which aided decipherment of Linear B. 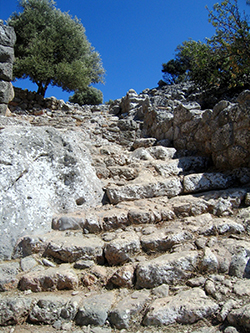 Lunch at seaside resort of Matala, overlooked by Rock cut Chamber Tombs later ulitised as cave dwellings by the 1960’s hippy colony.
Gortyn, capital of Roman Crete with public Codex, largely unexcavated and set amongst olive groves in the foothills of Mount Ida. 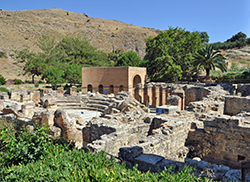 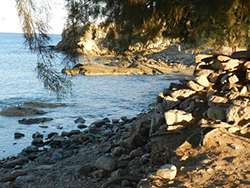 A choice of cruises depending upon season and weather.
Private charter to either Spinalonga (former Leper Colony) or Minoan islets of Mokhlos and Pseira. 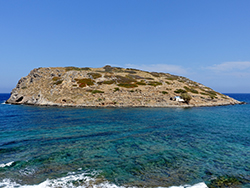 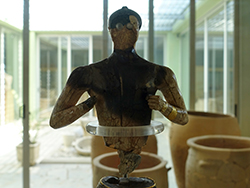 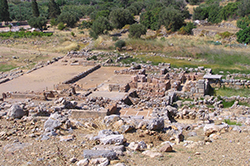 Kato Zakhros Palace, ideally placed in sheltered harbour for trade with Egypt and the Levant, set below the Ravine of the Dead (a Minoan burial area) and above a freshwater estuary.
Lunch at beachside taverna. 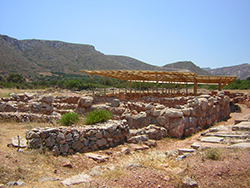 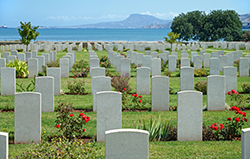 Journey west along north coast to visit Venetian ports of Rethymnion, Chania and the Commonwealth Cemetery at Souda Bay, a WWII burial area for victims of the Battle of Crete including Pendlebury, British archaeologist executed for espionage.
Evening at Anapolis Village Fiesta 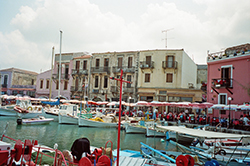 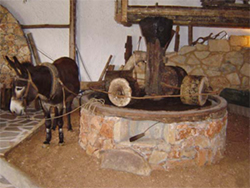 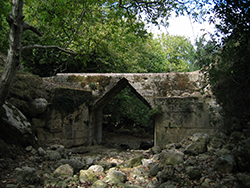 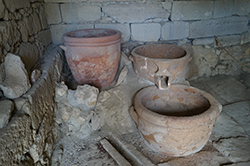 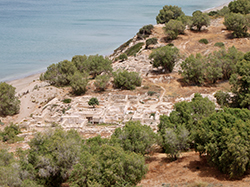 The Town beach was the site for the famous Dance scene in “Zorba the Greek” Samarian Gorge with Guide (and applicable Insurance!)

Extend or base your stay at – 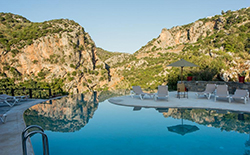 i – Enagron Ecotourism Village at Axos in the Cretan mountains. Enjoy excellent home-produced organic food and wine, participate in hiking, 4×4 and donkey treks to local monasteries, caves and archaeological sites. View Cretan wild flora, rare species of eagles and hawks, old olive mills or simply relax around the pool in a peaceful and rural setting.
www.enagron.gr

Blogs:
Crete – Aghios Nikolaos, Gournia, Sitia, Paleo Kastro, Lato, Mokhlos and Panaghia Kera
Now that BA and easyJet have extended their flying dates into Crete…
Santorini – such a small island, but so much to see…