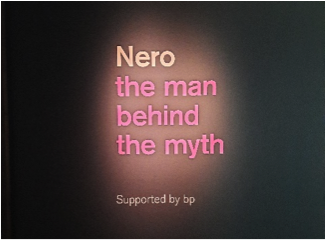 After over a year of no museums, my last one being the ‘Troy: Myth at Reality’ exhibition at the BM in early Feb 2020, I headed back to the British Museum on the 2nd of June to see their ‘Nero: The Man Behind the Myth exhibition’. Having looked at Nero across various sources across college, undergraduate and postgraduate degrees, I was interested in seeing how they were going to roll out their idea that the sources were too harsh on him and he might not have been the monster that society believes he is. Had they found alternate evidence to compose alongside the written sources, add a bit of balance to it all? Encourage visitors to look at both and make up their own mind? No, as it turns out, they had not. It was all very one-sided in favour of Nero, and dismissive of the written sources as credible, which is weird.

The big takeaway from the exhibition in terms of from what classicists, ancient historians and Roman archaeologists are saying, is that it is worth it to go and see the amazing collection of artefacts that they’ve borrowed for this exhibition, but their argument is flawed or no-one is quite believing it.

I definitely agree with this general line of thinking, being able to see some of the pieces on show, like the (heavily restored) Praetorian relief, the various Julio-Claudian statues, the small bronze Nero, and the bust of Nero from the Cagliari museum was fantastic! There were several frescoes and reliefs that I hadn’t seen before, which were good to see, even if they were mostly very loosely connected to Nero specifically. The best place to go to see the exhibition pieces is my Flickr at https://bit.ly/2Vhm7Zd. 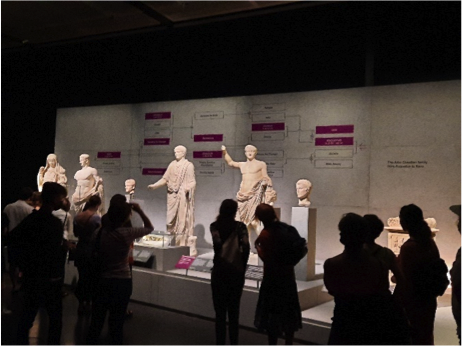 The exhibition opens with the statue of Nero as a youth, and a map of the empire in his time, before a section on the Julio-Claudians, from Augustus and Livia all the way to Claudius, Messalina and Britannicus, before opening up to Nero and then the wider exhibition. The problem with this was that the Julio-Claudian section is in a single line and with everyone stopping to take photos and read the panels, you end up in a very slow moving queue, not great in the time of Covid and trying to socially distance. Arguably my approach to exhibitions is a little different to most people, but I just wanted to get a good photo (or photos) of each piece, snap a pic of the information panel, and move on. 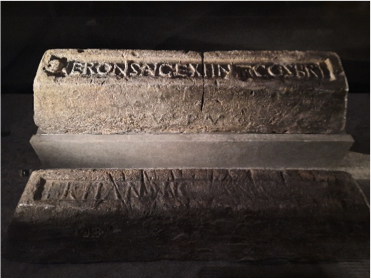 The first section is on Power and Succession so we have the Praetorian relief, coinage depicting Nero and Agrippina, and a copy of Seneca’s Apocolocyntosis open to the section with Claudius’ last words.
All fascinating things, the one disappointment from this section was that the relief of Agrippina crowning Nero from Aphrodisias wasn’t there, rather a projection of it. But considering the other objects that the BM has managed to loan, I can’t complain too much about that.

The following sections were on War and Diplomacy, featuring pieces from Britain and Persia. Then Spectacle and Splendour, which covered everything from acting to gladiators, via chariot racing. Again there was a slight disappointment here that, despite the excellent collection of pieces, such as the frescoes and oil-lamps, the fresco of the Pompeii amphitheatre riot wasn’t there, rather a canvas reproduction. Most of these things were also Nero-adjacent, if you get what I mean. “Nero liked to perform in the theatre, so here’s some frescoes connected to the world of Roman theatre”. Sure they have to have a large collection for the exhibition, but that loses some of the Nero-focus. 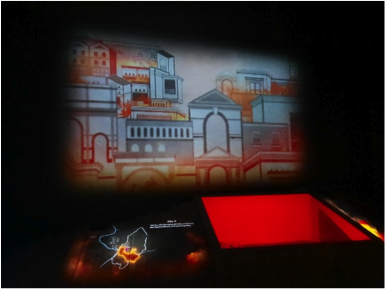 There was a small section on Passion and Discord, showing Nero’s relationships with his wives and his mother, with a big focus on the much loved “power-couple” of Nero and Poppaea, but then no mention of how Poppaea died. There is a small section on Fire, with a very good video projection showing the time-scale and damage done by the Great Fire in AD 64, combined with the relief of the Pompeii earthquake.

Visitors then move into a recreation of the Octagonal Hall of the Domus Aurea and the focus is on The New Apollo, and features frescoes, marbles, and treasure that either were from the Golden House or connected to the elites from the same period, such as frescoes from Pompeii, and the Moregrine Treasure. 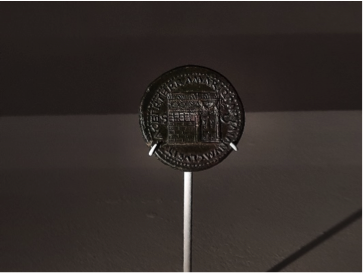 Figure 5: The Temple of Janus coin

Leaving the Octagonal Hall recreation, there is a brief area on Nero as a triumphant general over Tiridates, featuring a head and separate headless statue of Nero as a general, alongside a partly damnatio-ed inscription of an eminent citizen who organised games for Nero in Puteoli, and a grave stele of Alcimus, a theatre worker who was also a servant of Nero. I have to say my favourite piece in this section though was the Temple of Janus coin (hard to say whether it was an as, dupondius, or sestertius without seeing the obverse side). This section finishes with a piece on the plan to dig the Corinth Canal. 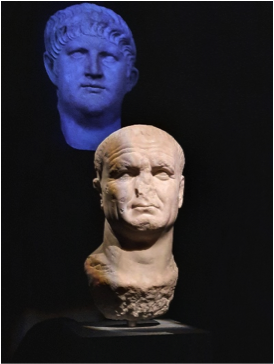 Figure 6: The re-carved portrait of Vespasian

Finally we reach the Crisis and Death section, which briefly go into the Piso conspiracy, highlighted by a projection of a recreation of the column erected by the people of Mogontiacum (Mainz) who showed their loyalty to Nero by erecting the column in honour of his safety.
This is displayed alongside an aureus of Nero with Salus on, before we move into the post Nero era, starting with a cast of the inscription of Epaphroditus that is on display in Museo delle Terme, Epaphroditus being the one who helped Nero end his life. The rest of this section focuses on the Year of the Four Emperors, with coins of the claimants, armour and weapons from the time, and marble, a mosaic fragment, and a fresco from Cremona, destroyed after the 2nd Battle of Bedriacum. The last piece in the exhibition is the portrait of Vespasian from the BM’s own collection that had been re-carved from one of Nero, the transformation projected behind it.

So all in all, it was a great day out, the exhibition collection is fantastic and well worth a visit for them alone! But I don’t believe the argument presented holds up and could have been done better. For educational trips, there are panels scattered around aimed at a younger audience to get them to think about how they would view Nero in certain situations, and it would be very beneficial for students to see the exhibition, as long as they are aware beforehand that the exhibition is biased for Nero. 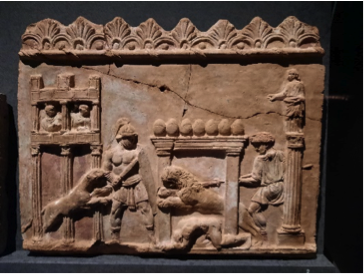