Why Aegina? Far more than just ‘The Invisible”…

Soft breezes, peaceful with an absence of tourist throngs, temples, museums, glorious long sandy beaches, Byzantine churches, traditional villages, fabulous food, a floating fruit and veg market, horse drawn carriages, sculpture and pottery workshops, wildlife sanctuary and hospital, even a camera obscura – and all within a 75 minute ferry ride of Piraeus. What’s not to like? This island of the pistachios is perfect for a day trip or even a mini break.

Having visited the Temple of Poseidon at Cape Sounion and the Parthenon, one really should ‘complete the isosceles triangle’ by visiting the Temple of Aphaea on Aegina.

Situated in a commanding position above the family estates of Aristophanes (hence Kleon’s metic insults), the Aphaea Sanctuary is perched high above the Saronic Gulf, set amongst pine forests and with spectacular views. An innovative, transitional temple, Doric with a hint of slender Ionic entasis in its monolithic (bar three) columns. Accessed by a three stepped sloping ramp and boasting double naos, interior tiered columns, peripteral hexastyle , pro naos and opisthodomus both distyle in antis – this is a little beauty of a temple.

Although the Parian marble Pedimental Sculptues of Athena presiding over the Trojan War are in the Glyptothek Museum in Munich, the small on site Aphaea Museum offers a tantalising glimpse of ‘what was’.

The remains of the Temple of Ellanios Zeus lie at Sfirixtres. Just a short walk off the main road, the terracing holds the small church of Agioi Taxiarxes, a Hellenistic wall, temple foundations, two cisterns and three sets of pillar bases – and another spectacular view of the Saronic Gulf.

In Aegina town, 10 minutes walk from the ferry terminal, are to be found the Temple of Apollo (Kolona), Port complex and Archaeological Museum. 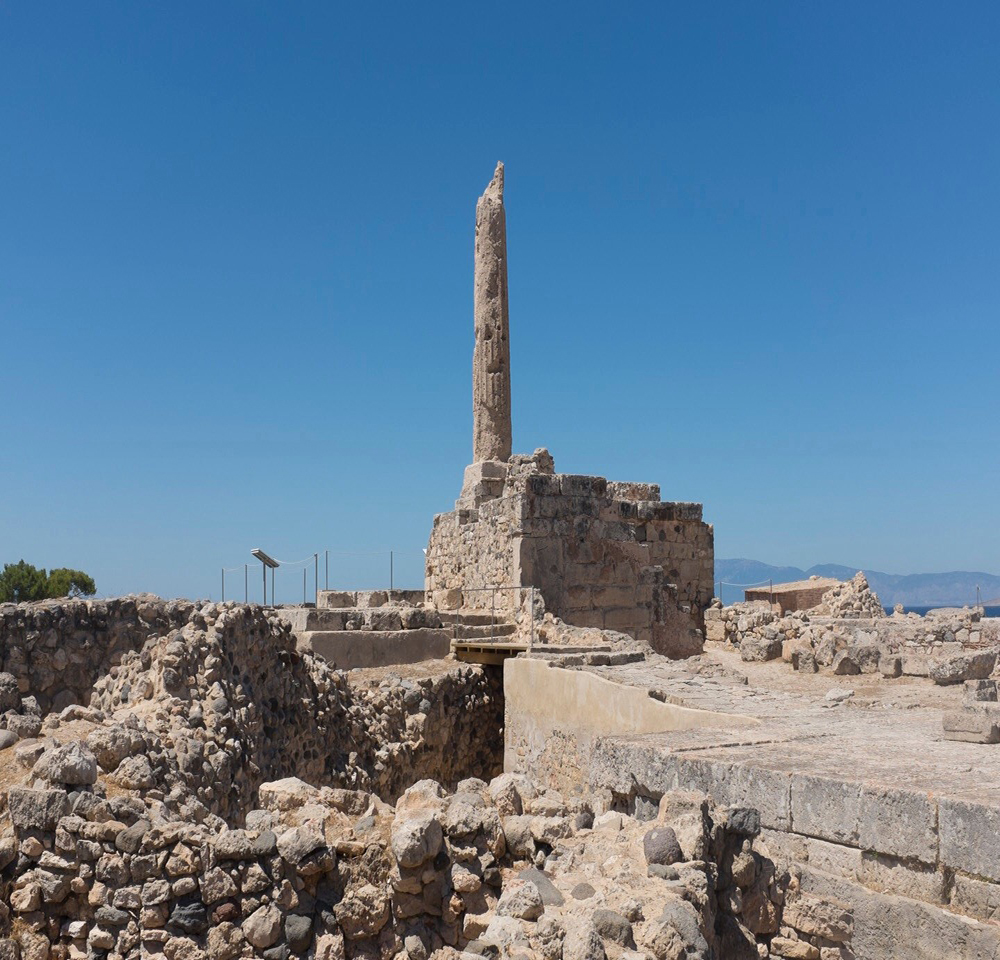 Of the C6th Doric Temple of Apollo, just one column, stylobate and stereobate remain. Excavations have revealed a succession of eleven settlements dating from c.3000 BC including defensive walls and towers, housing (mostly mudbrick on stone dado), a variety of temples (Dionysos, Athena, Demeter, Herakles, Hekate, Artemis), Bouleterion, Aesklepion, Synagogue, rock tombs and stadion (stone seating incorporated into C3rd fortifications), in which were held contests in honour of Delphinian Apollo, protector of sailors. He was highly honoured by the Aegenetans who replaced their original Turtle coinage with that of the Dolphin – examples of which are to be found in the museum.

The ‘hidden’ Port complex utilises many tiny coves and stretches from Cape Aghios Apostoloi to Marathonas, featuring marine walls, breakwaters and the military port immediately below the Hill of Kolona. Structures are easily visible on the sea bed and a large amount of both Greek and Roman eroded pottery can be picked up on the pebble beach.

The Archaeological Museum, founded in 1828 by Kapodistrias contains in its three rooms the famous votive Sphynx, a variety of ceramic, alabaster and copper vessels, free standing and funerary statuary, coins, weaponry, lamps and epigraphy from across the island. 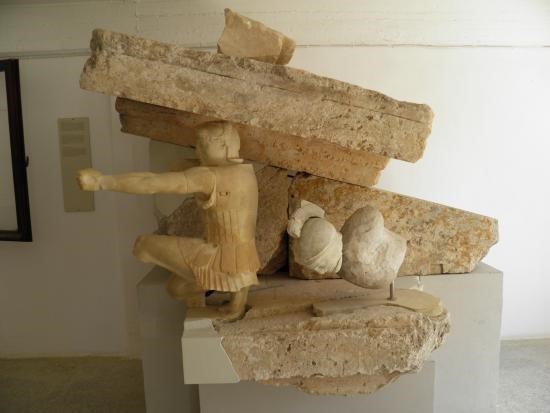 Further sightseeing reveals Markello’s Tower (built c.1800AD and seat of the first Greek government 1816-1828), a beautiful Cathedral (also used as a parliamentary house), nearby Government House (home of Ioannis Kapodistria) and 3 km away, the Sculptural Museum of Christos Kapralos; famous for depictions of wartime events in Greece, the Monument to the Combat of Pindos and The Mother. 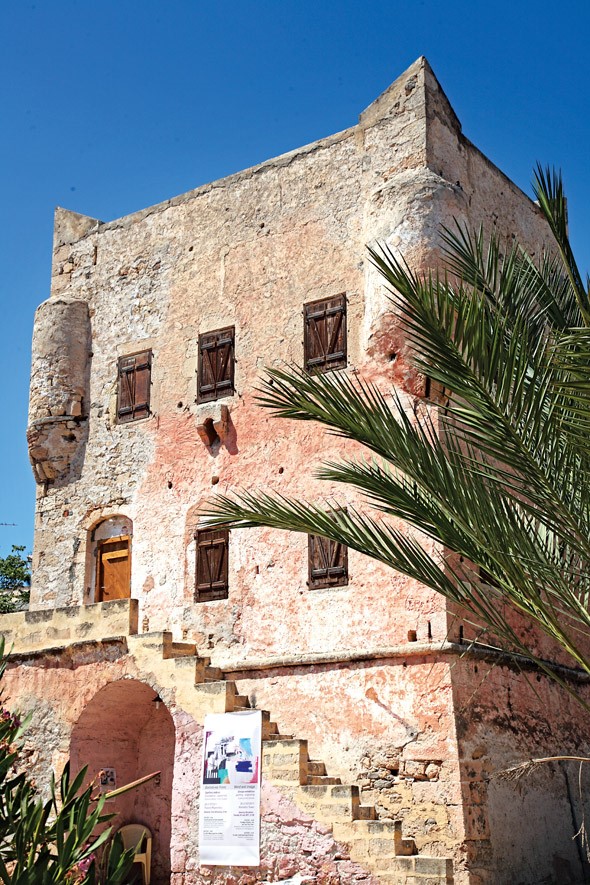 In addition to the archaeology, food and relaxation there is aplenty. Boutiques fill the tiny backstreets, small tavernas surround the fish market and cafes galore (both tourist and ethnic) throng the harbour front. Hire a horse drawn carriage or shop for fruit and vegetables from the floating market. Don’t forget the pistachios! 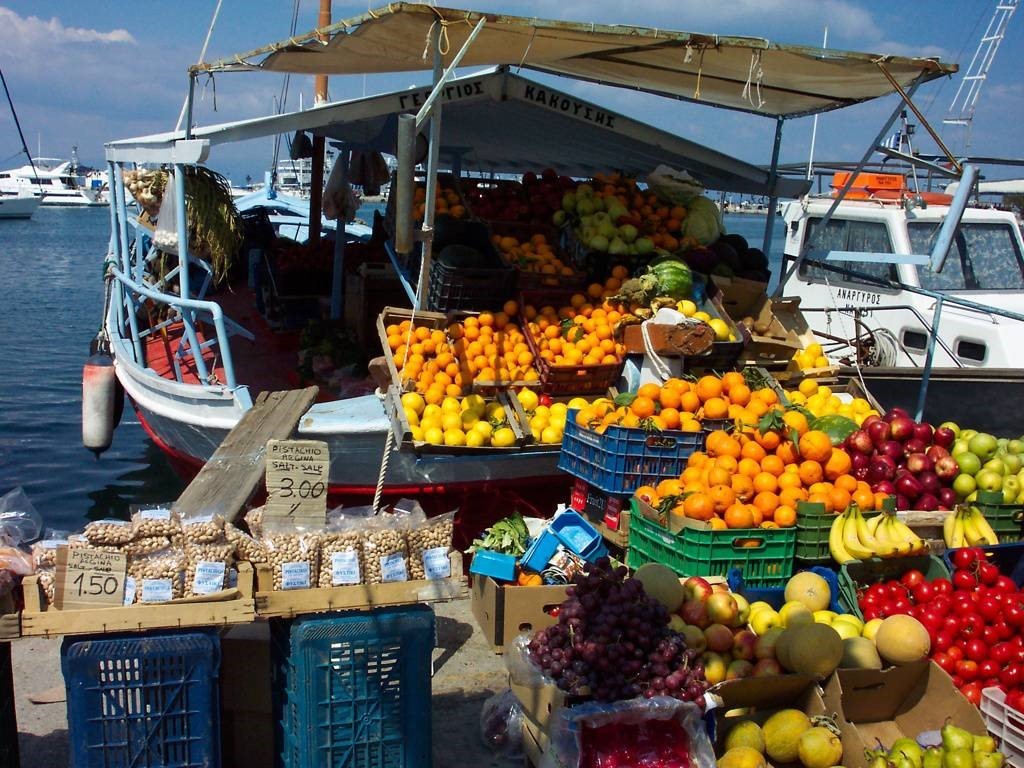 If sandy beaches are your preferred way of whiling away an afternoon you will not be disappointed.

Alternatively, explore the many unspoilt villages such as Pachia Rachi with its traditional stone built houses, Vagia with its vast sandy beach (home of Zorz Sarri authoress of ‘Stena Papoutsia’ (tight shoes) and the quaint fishing port of Perdika, complete with camera obscura. 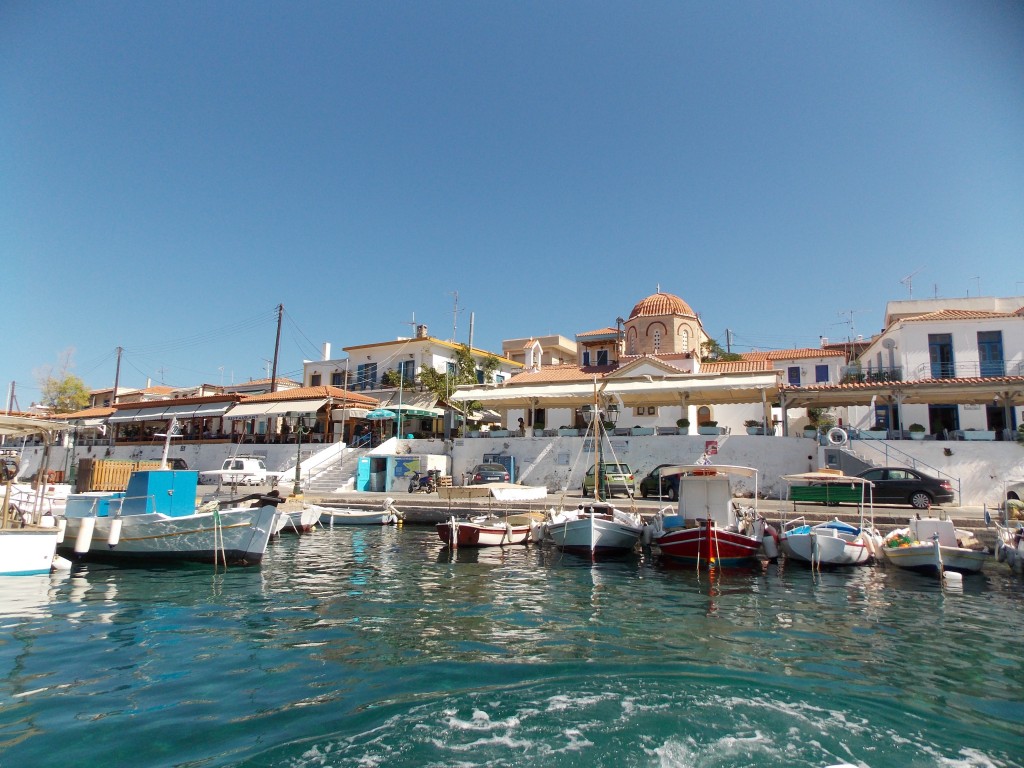 Aegina even has its own mini Mystras at Paleachora, near the Church and Monastery of Aghios Nektarios.  Destroyed by Barbarossa, the hillside is crisscrossed with kalderimi connecting 70 Byzantine Chapels, 33 of which remain open. 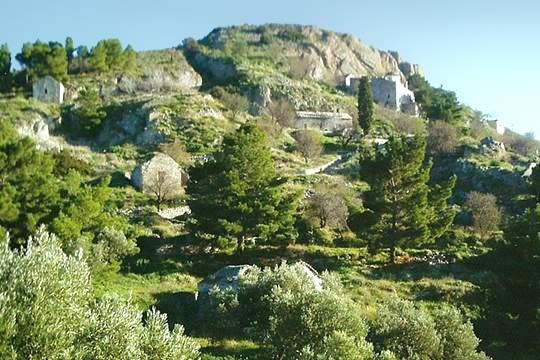 Probably the most inspiring non cultural visit on the island is the Hellenic Wildlife Sanctuary and Hospital (member of the International Wildlife Rehabilitation Council) near the Temple of Ellanios Zeus.

Run on a voluntary basis (free entry, donations welcome – even those of newspapers and cardboard!) an hour or so spent here is highly educational.  One veterinary student on a sabbatical told us she had learnt more in three months than in a year at University. Yiannis, in excellent English, guided us around the sanctuary explaining his work (treatment, rehabilitation, breeding and research) and lecturing on ecology. Mainly ornithological, the centre will accept any animal in need and has even sheltered a Nile crocodile which had outgrown its bathtub home. We met foxes, goats, a lame donkey, flamingos, pelicans, storks, various breeds of vultures, eagles, owls and buzzards and of course Obelix, the very special tame wild boar. At all times we were accompanied by a happy family of dogs and cats. Yiannis regularly speaks at local schools and will willingly speak to visiting students in the on-site open air mini theatron.

For such a worthy cause, any support is greatly appreciated.

We have visited Aegina many times on day trips with schools and spent our very first holiday together here many years ago. Goodness knows why it took us so long to return for an extended stay!

As ever, huge thanks to Amoratis Travel and especial praise for the exceptional Hotel Danae in Aegina town.