A Week in Attica without Athens

Rarely do we venture to the mainland without visiting Athens. We adore Athens; but she is exhausting and we needed a rest – so a relaxing week in the Attic countryside was planned.

Based at Porto Rafina with a lovely family (and a stunning Airbnb apartment, always a first time!) we had planned for only a few daily excursions.

Our first lure was to the Ietionian Gate, Piraeus, currently being developed into a small archaeological park. Despite ongoing work, we were graciously permitted access by the enthusiastic (female) Chief Engineer who gave a knowledgeable guided tour.  This would not be the first act of generosity we were to encounter. 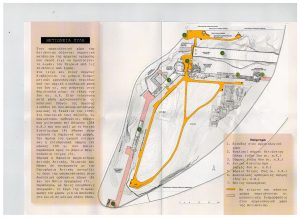 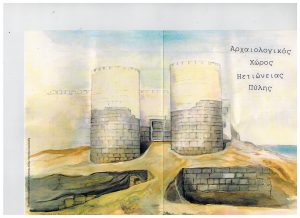 Should you find yourself with half an hour to spare in Piraeus, it’s well worth a visit to appreciate the fortification techniques developed between the C5th – C3rd BC;  defensive walls, towers and ‘moat’ /ship shed.

The heavens opened en route to the Oracular site of Amphiareion Oropos! Had it not been for the guardians offering their (very fetching) bright yellow oilskins we would have been drenched. The Museum in which I had planned to shelter is no more but we slipped and slithered our way around Stoa, dedicatory statue bases, Temple and Theatron. The Spring and stream were in full speight and the Klepsydra most definitely worked! Soaked and steaming we slowly drove back through floods of Deukalion proportions…….. 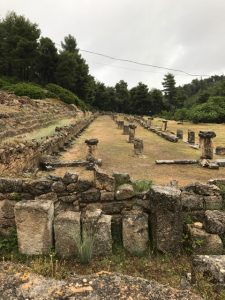 The downpour continued but Marathon offers much shelter. It was far too wet for a saunter around the Athenian Toumba but we happily watched coaches disgorge many a dry tourist and then swiftly welcome back hordes of drowned rats! On my first visit many decades ago, the early and middle Helladic cemeteries were little more than open excavation sites. What a difference today! Modern aircraft like hanger enclosures, well signed with viewing platforms and structured pathways. The horse burials cannot now be seen (one disadvantage) but human burials (cist, pit, pithoi, multiple and sole), housing, megaron, dromoi and crosswalls are all visible. Do visit. 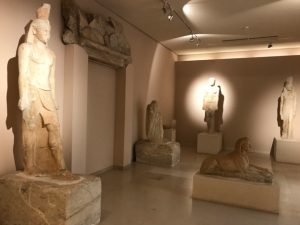 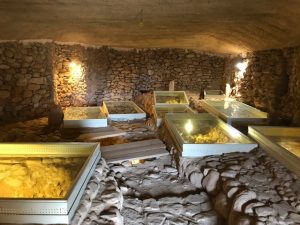 As ever, it was a privilege to be permitted entrance inside the Plataean Toumba to view battle skeletons beneath glass. One poor soul still has a spear head embedded in his spine. 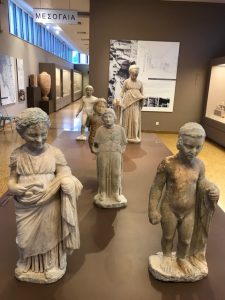 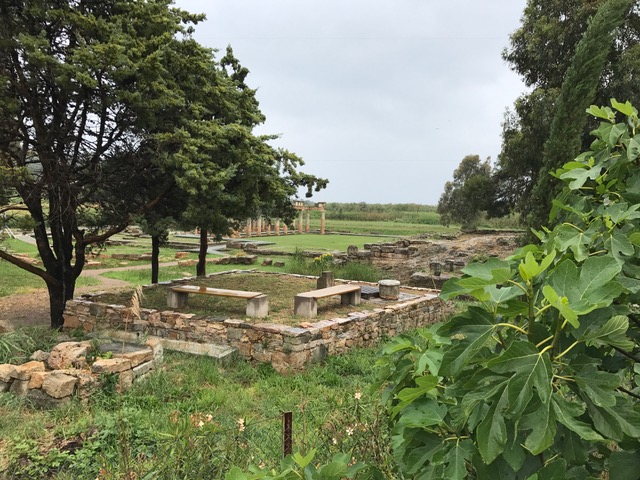 Far too much flooding prevented our accessing the Temenos of Brauronian,  Artemis and we could only view the stoa and stone bridge across the Erasinos from the road. Heroon of Iphigeneia and Sacred Cave were impossible to reach. The Museum though, was amazing!  Dancing Auktorai burials, votives, stele, Demeter, Kore and ceramics galore!

The Temple of Poseidon at Cape Sounion needs no inducement and the sun rewarded us. We spent a fine few hours walking the pathways to the now fenced cliff edge (down which I once had clambered to reach the ship sheds), via the ancient paved way and housing, before sitting to watch quail and contemplate Alkibiades’ flicking contests! The evening was spent (of course!) at a Taverna in the bay below watching the sunset.

We explored Rhamnous in blazing sunshine. Birthplace of Antiphon, Ephebe training ground and site of Temples to Nemesis and Themis, we had no expectations of venturing much farther than the circular C4th BC family tomb, if that. Luckily for us a University Group had prebooked (we hadn’t) and we were allowed entrance. We arrived well before the students and left well after. Having the whole site to ourselves, we spent most of the day scrambling up and down steep rocky paths, past temples, tombs, defensive walls, propylon, housing, streets and theatre! We even spotted a Dionysiac Herm. How any injured Ephebe accessed the Aesklepion we’ll never know! If you wish to visit, please prebook and beware the strong possibility of twisted ankles; the path is steep and rough. 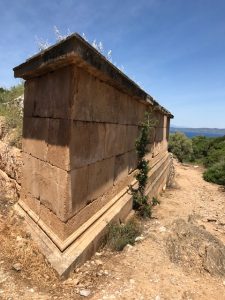 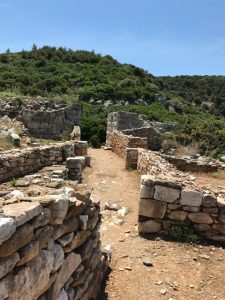 The gods continued to smile upon us as at Brexila (Skala Oropos) as we found the Sanctuary of the Egyptian Gods open. Built by Herodus Atticus to emulate that of Hadrian at Tivoli, it is set next to one of his Villas (with bathhouse) in a spectacular setting on a palm fringed, long sandy beach.  Again, we had the place to ourselves. Yes, there are facilities for coach parking. 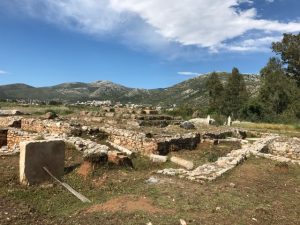 Thorikos has always been a favourite and it was lovely to revisit the unique rectangular theatre, ergasterion, tholos, silver mine entrances, housing and burial grounds. An ‘open’ site, it’s a good visit to combine with Sounion (outside normal site and museum closing times) en route to/from the airport -especially as it now features on the Exam syllabus. 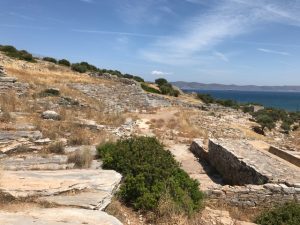 After lunch in the impressively revamped town of Lavrion we visited the Museum for our first disappointment – the wonderful central mosaic has been moved to Athens! It still makes for a useful swift visit because of smelting/washing/mining explanations and the excellent female and child domestic grave goods.

On asking the guardian whether the washeries of Drymos were open. We weren’t surprised when he replied ‘No’. We were delighted when he offered to take us! Yet again a visit had been prearranged. Yet again we arrived beforehand and left well after. We have no idea of the identity of the VIP in the very large chauffeured car with ‘minder’, but we thank you, Sir!  Thus we spent a happy afternoon wandering amongst Classical kilns, ergasterion, sluices, water cisterns and metal workshop ruins. We rescued a snake washed into a huge steep sided cistern by the heavy rains and watched him recover on one of the many washing platforms. Sitting in the beautifully shaded glade we pondered the living hell it once was and (to modern minds) the hypocrisy of overly pious Nikias. Our friendly Guardian sat watching and smoking throughout before waving us off. 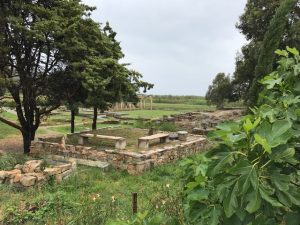 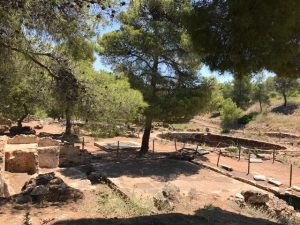 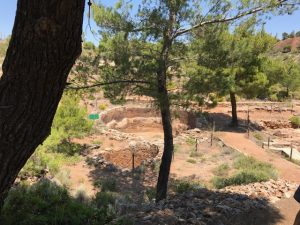 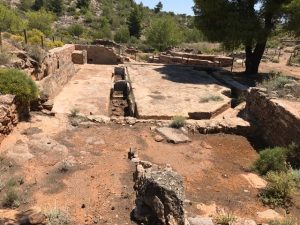 Heading back to the Airport we expected, after so much good fortune, to be faced with delays at the very least.

But no! Miraculously we bumped into an old student now living in Australia! 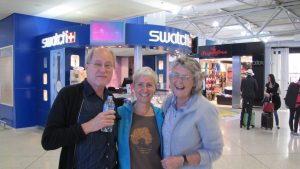