Wales – Annual Pilgrimage to the land of the Silures!

“Conspicuous above all in stubborn resistance were the Silures. A naturally fierce people and now full of confidence…. every warrior bound himself by his national oath not to shrink from weapons or wounds. Such enthusiasm confounded the Roman general. The river too in his face, the rampart they had added to it, the frowning hilltops, the stern resistance and masses of fighting men everywhere apparent, daunted him. Ostorius, worn out by the burden of his anxieties, died, to the joy of the enemy” (Tacitus Annales X, trans Church)

Little now remains of the Roman Ferry points shadowed by the Second Severn (Sabrina) Crossing between Oldbury, Aust (Augusta?) and Portskewett (Porth Ysgewydd), the port of the elder wood. Four miles inland however, one reaches the purported Silurian HQ Hill Fort of Llanmelin and glory that is Caerwent!

Caerwent has been described as an ‘archaeologist’s dream’ as the village is built inside the actual site of Venta Silurum. Heraclea ad Latmos (Kapikiri) eat your heart out! http://www.turkeyfromtheinside.com/places-to-go/h/254-herakla-ad-latmos.html 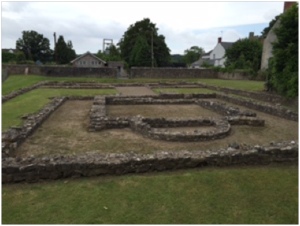 After a failed campaign by Ostorius, fierce defence under Caradoc (Caractacus), in exile from the Catuvellanae and defeat of the Legio II Augusta, the Silures seemingly willingly submitted to Romanisation “Non atrocitate, non clementia mutabatur” and the town was established in 75AD as a Civitas.

A short walk from the free parking (and excellent information boards) at West Gate Barns will take you through a plethora of remains; housing, hypocaust, 17ft high defensive walls with polygonal towers (and a Norman Motte!), gateways, forum, basilica and temple. All clearly laid out, all gratis. 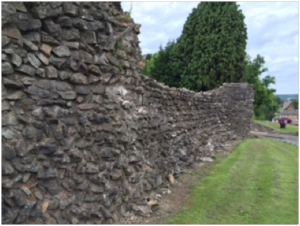 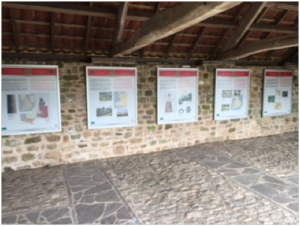 The whole is laid out on the traditional Roman grid system. Most modern construction is of reused Roman masonry. Do not miss the Civitas Silurum Stone in the porch of St Stephen’s and St Tathan’s church!

“For Tiberius Claudius Paulinus, legate of the Second Augustan Legion, proconsul of (Gallia) Narbonensis, imperial propraetorian legate of (Gallia) Lugdunensis. By decree of the ordines for public works on the tribal council of the Silures.” 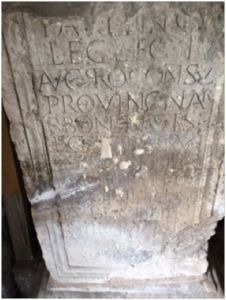 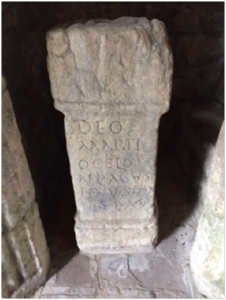 Further west we stop for lunch at Caerleon. Everyone knows of the Roman Legionary Fortress of Isca at Caerleon! Don’t they? Established 44/45AD, HQ for the Claudian Invasion, most complete British Amphitheatre, only Legionary Barracks to be seen in Europe; but how many have visited recently? The Legionary Museum hosts a wonderful display of artefacts including skeletons, gemstones, epigraphy, ceramics, everyday utensils – even a frying pan with folding handle, the easier to fold into a legionary backpack! There’s also a reconstructed barrack room and garden with summer triclinium. 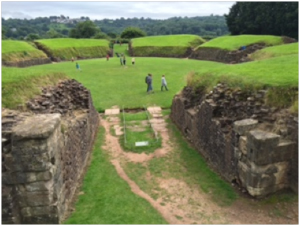 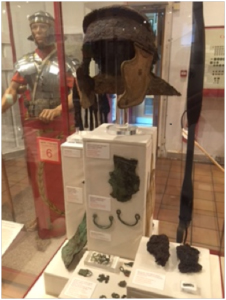 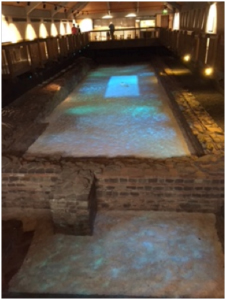 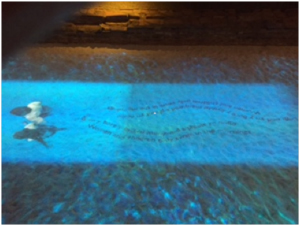 Onwards to Cardiff, Caerdydd, (Tamium?) – the best University Classics/ Archaeological/Historical Dpt in the world; although I may be a tad biased.

Possibly established 55AD, original remains are scant; a romantic Romano Victorian Gothic Gate House approximation by the Bute family have inspired many a child! We appreciated the in situ Ballista! 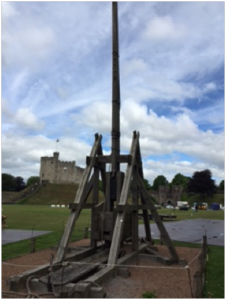 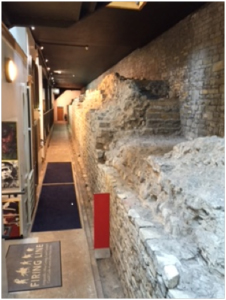 The Civic Centre boasts a wonderful collection of Neo Classical buildings, one of which, The National Museum is currently hosting an excellent Archaeology Exhibition. (https://museum.wales/cardiff/whatson/8641/Treasures-Adventures-in-Archaeology/)

More Neo Classical architecture is to be found in the City, and not just on Victorian public buildings, but also in the old Prince of Wales Theatre. Thankfully the modern public house chain has retained the splendid Proskenium Arch and pilasters in all their original glory! 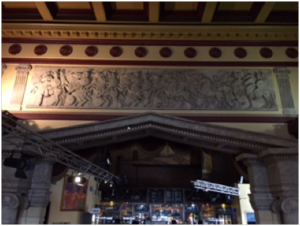 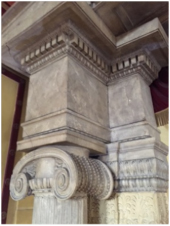 Further west past Ely (https://www.peoplescollection.wales/node/382921) and via Barry. No! Not the infamous ‘Gavin and Stacey’ location but an important site at Cold Knap for an official guest house and storage facility of the Imperial Roman Post System.

Exhausted and eventually to home in the Vale and an abundance of local sites; fish farms, villas, forts – which you will have to investigate yourselves!

and the exquisite Margam Stones Museum set just off the E-W Roman Road and sheltering the famous Cross of Conbelin, Stone of Pumpeius Carantorius (Latin and Ogham scripts) and a Roman Milepost upended for use as a Christian gravestone.

Inscription, Side A: IMPC[easar] FLA[vio]MAX MINO INVIC TO AV GVS[to] – Set up in the reign of) the Emperor Caesar Flavius Valerius Maximinus, the unconquered Augustus 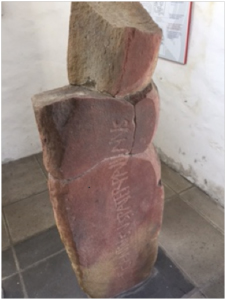 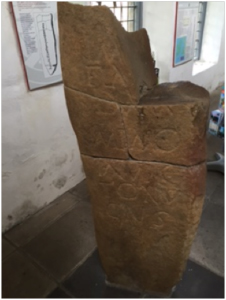 Perhaps best of all, is the evocative phallic gargoyle or Image of Lust ‘proving’ that the old religion wasn’t simply incorporated into the Roman Imperial Pantheon, it also inveigled its way into the new Christianity. Whatever; his contortionism has to be admired! 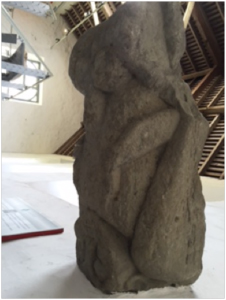 So? What did the Silures do for South East Wales? Provided one heck of a resistance, thus providing us with a cornucopia of Roman Sites…and possibly a few vineyards as well!