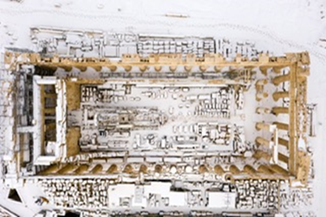 Recently, we were marvelling at the snowy scenes in Greece.

Now, Spring is in the Air and Anthisteria approaches – so why not treat your Valentine (or yourself) by adopting a “pet” tessera from the Cupid on a Dolphin mosaic at Fishbourne Roman Palace & Gardens.

There’s optimism on the C-19 front too and regulations are easing fast.

Greece has declared no testing for incoming EU COVID Certificate users – (including from UK) from 7th February, but beware date limitations on booster shots. 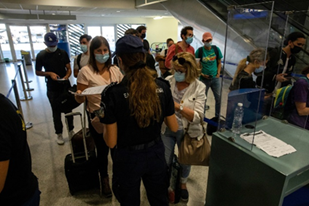 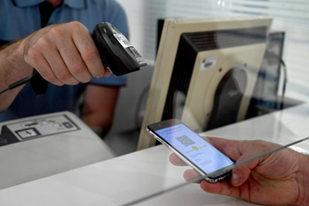 They have also lifted the midnight curfew and re-allowed music in bars & Restaurants as the Omicron Surge Eases. Unvaccinated under 18yrs may now self-test, use an NHS Lateral Flow Kit and declare a negative C-19 status on a self-completed form, available from us or Pharmacies.

Reuters reports Draghi “set to ease COVID restrictions” and there is speculation that Italy will ease travel rules, but Member States are permitted to modify their own regulations and Italy dances to its own tune. Please remain vigilant.

As it is the Italian R&Rs which change at short notice. For the most up-to-date and reliable information, this questionnaire from the Italian Foreign Ministry may be of use. It is in English and will give you the travel requirements based on your individual situation.

The European Commission Proposes Extending EU Covid-19 Travel Pass by a Year, but overall the prognosis is positive. 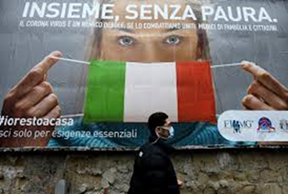 Meanwhile, although FFP2 face masks are currently mandatory (in crowded areas and indoors), in reality, you will see many people incorrectly wearing blue and cloth masks despite the threat of being fined. As visitors, don’t risk it unless rules change!

Many Teachers have forwarded alternative Itineraries and Quotations from other School Travel Companies. This is incredibly useful to us and we trust our transparent responses prove equally reassuring to you! Why do we often appear to be more expensive? Therein lies the clue……. “appear”………please read all quotations very carefully.

Currently, our Quotations may be very plain in contrast to the ‘all singing and dancing’ presentations of others, but at least they are easy to read! Here are some salient points –

1 – Entrance Fees are mandatory! We are not an EU Country! We include entrance fees, others often do not.

3 – Whispering Guide Headsets are mandatory in Greece for Guiding and at many Italian venues as a matter of course. We include the price, many other Companies do not.

4 – Most Flight prices have increased exponentially, we state this very clearly and are very upfront. Rarely do other Companies declare the Flight price upon which their quote is based and this could lead to additional supplements. One Company actually stated “Flights strictly subject to price and availability! Checked in luggage NOT included. Please allow extra for this” which of course made the whole quote invalid.

5 – EasyJet has discontinued the free hand luggage carry on, you now have to pay and availability is tight. The likelihood is you’ll have to choose between a 23kg case or whatever you can fit under the seat in front of you. Nevertheless, we have seen quotes including hand luggage as before.

6 – Please ensure when comparing quotes that they really are like for like – the venues you requested, your specific passenger breakdown, single rooms for your Staff.

Obviously, we want you to travel with us but most importantly we want your pupils to be able to appreciate and experience Classics ‘in the flesh’ as I did mine on the very first overseas trip I organised way back in ……. cough cough! 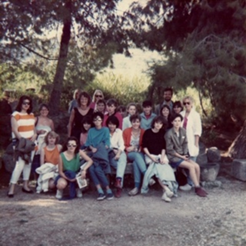 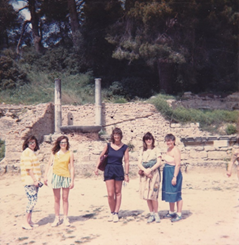 To that end, if you’d like us to critique a ‘better’ quote, send it over! All Companies do this, you are not being disloyal. If we think it’s a great offer, we’ll tell you – on the proviso you receive a written guarantee that no surcharges will be levied. We have done this in the past – twice.

On a lighter note – Guest Blogs!

Carolyn Perry Guides us around Albania –

i – A visit to the remarkable rock cut tombs of Selcë e Poshtme: 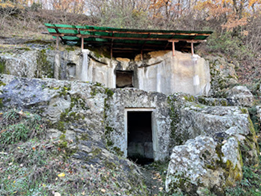 Gill Greef Guides us on Site –

Many of you know Gill and have bought her amazingly useful Guide Books for pupils. If you haven’t yet purchased copies for your forthcoming Trip, contact her now!

If you’ve wondered how her journey into Classics began, wonder know more – please read all about it in Attached. 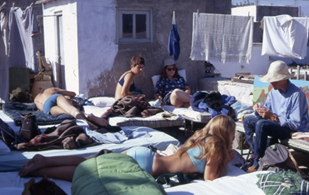 i – LuntFort (Twitter Link) is closed for the Winter season but your school still could have Roman Solider, Rufus, lead a live Q&A with your class via Zoom?

iii – The Corinth Canal remains closed because of landslides, so don’t raise your pupils’ hopes of spotting any passing ships

iv – The new Roman Gym at Aquae Sulis will be temporarily closed between January – March 2022. This is due to public realm improvement works taking place on York Street just above the site of the Gym. The Gym will reopen in spring 2022. 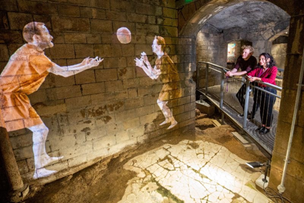 i – A tour of the Museum of Cycladic Art in Athens: 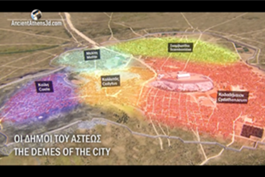 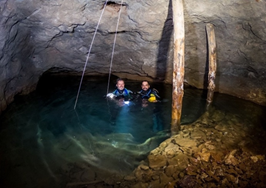 viii – Contemporary Art Hub ‘Under the Shadow of the Acropolis’

ix – A new art and science exhibition entitled “Horse: The Horse in Ancient Athens” opened January 20 at the American School of Classical Studies

x – Acropolis of Gla: “Yes” to the plan for protection and management of site to enhance the archaeological site’s topography 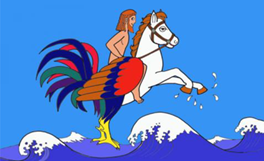 v – Vergina: A Royal Tomb, A Golden Crown, A Travel Must:

vi – The Ancient Diolkos is in the process of being restored 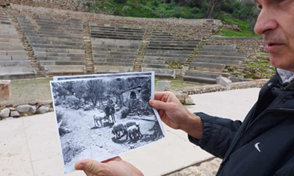 i – One of the best-preserved parts of the Salona ramparts revealed: 15 – 18 Towers, domestic utensils, over 30 Epigraphic Gravestones

ii – Fendi Unveils Restoration of Temple of Venus and Rome 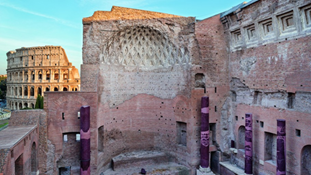 iii – Darius Arya on Twitter: “Pleased to present the second @SaveRome @pompeii_sites collaboration – an investigation of the many amazing sites Pompeii- some you may never have visited! A farm, a new museum…

v – Watch the announcement trailer. American Institute for Roman Culture exciting project to produce a documentary dedicated to Appian Way -10 episodes spanning from Rome to Brindisi. Unrivalled in its in depth and scope of detail

viii – Discoveries at Tarquinia. The Gemina Tomb and its grave goods 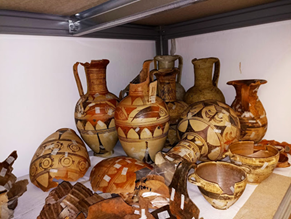 i – Art on the Metro 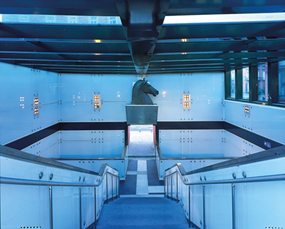 ii – A Long-Overlooked Necropolis in Naples Reveals the Enduring Influence of Ancient Greece. The Ipogeo dei Cristallini’s well-preserved tombs will open to the public as soon as summer 2022. The Brochure is amazing!

iii – Capua. A treasure soon to be on display: the Tomb of Stallia 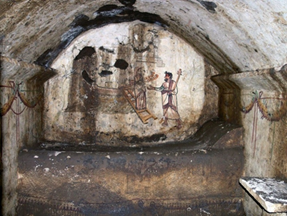 i – Turning to tech to protect ancient site against climate change damage monitoring system that includes drones and sensors will track the impact of extreme weather. A multimillion-dollar project will soon turn the ancient ruins of Pompeii into one of the most technologically advanced research sites in the world

ii – Numerous finds emerge from the House of the Library

iv – Brand new video about the newest finds with Ancient Rome Live, including a trip to REGIO V & the newly opened Antiquarium 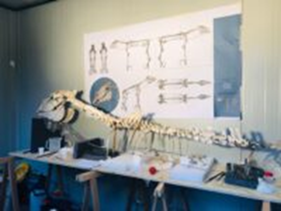 i – The Genç Gönüllüler (Young Volunteers) program, hosts hundreds of history enthusiasts from Turkey and also from a wide range of other countries and offers the unique opportunity to discover the country’s ancient history first hand by joining archaeologists.

i – Join us as we celebrate 1900 years since the building of Hadrian’s Wall. 2022 will see hundreds of events and activities taking place in a yearlong festival, including recreations of Saturnalia. From manga to bunting: year-long festival 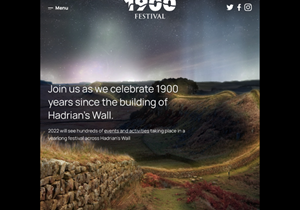 ii – Coventina’s Well, Northumberland: The source of this spring was once encased in a temple and showered with gifts

iv – A fragment of Hadrian’s Wall has been unveiled in a field at Houghton, near Carlisle

v – A temporary exhibition at the Roman Army Museum has been extended especially for HW1900 Festival! The exhibition shows an assembly of military artefacts never seen in public 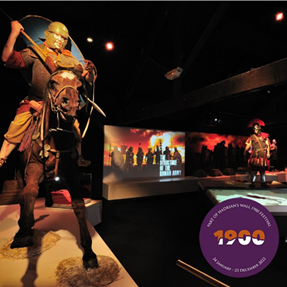 iii – Ancient Roman drains under Colchester could be opened to public

iv – A lovely initiative, which may perhaps be extended to schools?

Laura Nicholls, Community Engagement Officer has been visiting local Care Homes in Bath to share Roman artefacts from Roman Baths handling collection. Residents shared their memories of visiting (and even swimming in!) the Roman Baths. After learning about how the Romans used the Baths in their daily lives, residents made lavender sachets and bookmarks with ribbon corresponding to the colour of togas in the Roman Empire.

If you know of a local community group or care home in the B&NES area that may enjoy a visit and talk from our Community Engagement Officer, please contact Laura to discuss further.

i – Manual of Roman Everyday Writing

a – Volume 1. Scripts and Texts

iii – Ancient Greek for Primary Schools: “you can download the whole book for free here, thanks to Classics For All. It’s a great thing to do with kids, even just for fun, because it’s presented as a mystery to solve, and involves picking up Greek letters and words in easy stages, with lots of stories to break up the language stuff” Dr Cora Beth Fraser 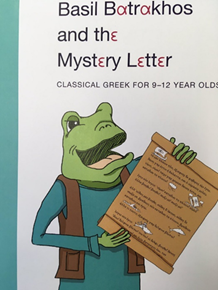 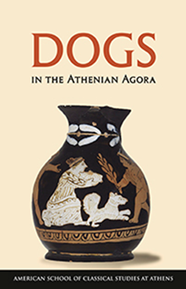 v – Teachers and students talk (enthusiastically!) about how to introduce Classics to the curriculum by ‘stealth’. A great new video on ‘Stealth Classics’ made by the team at Communicator Ltd, featuring some wonderful Classics teachers, as well as teachers of other subjects

vi – They’ve also recently produced a Primary Latin video which does a great job of summing up the benefits of bringing Classics to primary school kids (and which features some very cute kids!) 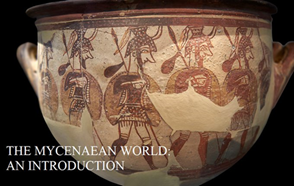 ii – New, free OpenLearn course ‘Getting started on ancient Greek’. The Open University. It’s a great place to start if you don’t have any Greek and would like to learn some basics. 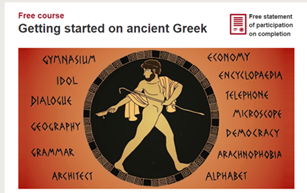 iii – Classics Outreach Summer School 2022 – Life in the Ancient World Mon 25 Jul 2022 at 10:00 Eight sessions for Years 11-13 interested in the ancient cultures of Greece, Rome, and the Mediterranean

iv – An (expensive but amazing) four week Greek Theatre course for the British American Drama Academy. Its interdisciplinary model means it is suitable for students and theatre practitioners at various stages of their careers. It involves academic study led by Fiona Macintosh, the director of the Archive of Performances of Greek and Roman Drama (APGRD), plus workshops and classes with leading theatre practitioners in the UK and Greece. 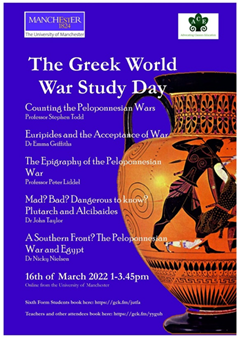 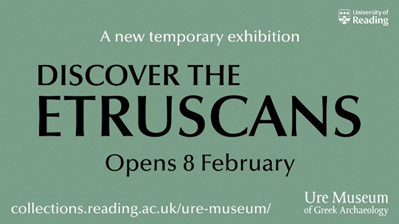 vi – ARLT Refresher Day at Loughborough 5th March. Book your spot! The programme is excellent and we look forward to meeting so many of you again after such a long time! Feel free to batter us with questions.

vii – BSA Virtual Short Course / CPD for teachers, this time on the subject of ‘Myth and Religion’ and scheduled for March 2022. 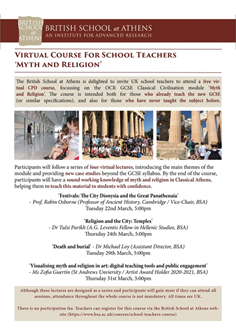 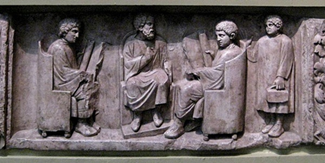 Finally, have a smashing Half Term and take the opportunity to rest in advance of what promises to be a very eventful year!

Should you be in need of gainful employ, why not try your hand at completing a Mycenaean octopus – in cross-stitch or reading The Parthenon Marbles Return to Greece – A ‘revisionist’ historical fiction involving a newly formed posse, the Aegean Seven, take back the stolen Marbles! 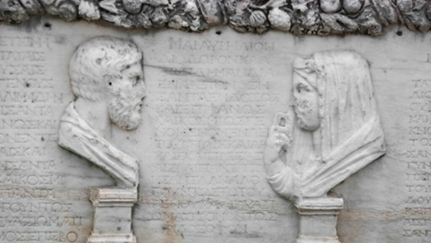 Sarah, John and all at Hellene School Travel