Kallos Gallery, London and ‘Out of Chaos’ Theatre Company

Our spirits were significantly uplifted one cold and wet November afternoon

by an invitation to visit the Kallos Gallery by Educational Outreach Officer, Paul O’Mahony. We extended the invitation to Caroline Lawrence.

Founded in 2014 by Baron Lorne Thyssen-Bornemisza, the London gallery specialises in (well provenanced) Art from the Ancient World; and I have to say we all felt like the proverbial ‘kids in a sweetshop’! 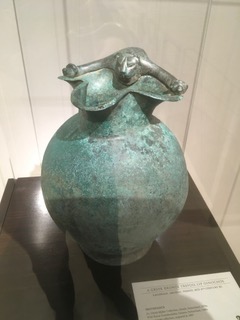 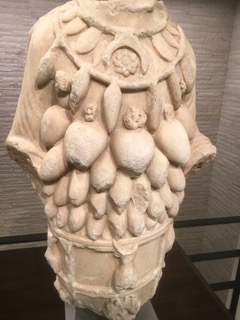 John’s favourite was the Bronze Egyptian Cat with gold earring, Caroline’s the Roman marble Theatre Mask Akroterion, mine the pre Achaemenid Bronze and Electrum quadrigra, ferrying a warrior wearing an approximation of the Dendra Armour! 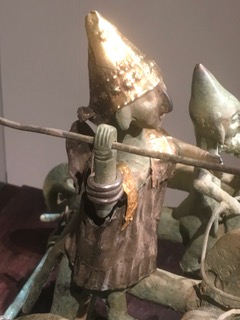 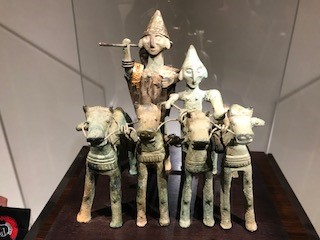 In addition, we all coveted the full range of Loebs in the office!

Until very recently, the Gallery ran handling sessions (run by Paul) for Schools, gratis. Sadly, these workshops have been reduced at least for the next year.

Luckily, Paul is still available! An Oxford Ancient History Graduate he also runs his own Theatre Company “Out of Chaos” and is currently working on a full-scale musical and a large production of the Aeneid. Some of the musical’s tracks can be accessed through his personal website.

He also runs workshops and outreach for schools. One of our previous shows, Unmythable, has successfully played late night comedy venues in Edinburgh and mainstream theatres across the UK, Ireland, Greece and New Zealand, enjoyed by all sorts (and ages) of people. Having run workshops on Classics for students of all school ages, Paul offers two hour-long talks about Homer (Raging about Achilles and Crossing the Wine-dark Sea).  His work in Classics aims to make it exciting and relevant for audiences. He’s also worked a lot with Chris Pelling in Oxford, running talks at the Ashmolean on themes such as heroism, refugees, imperialism from an ancient and modern perspective. They have a couple of actors and three academics as part of that team. 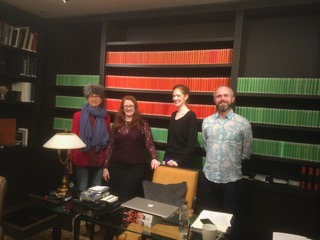 For a brief blurb about the Aeneid show (called Crossing the Sea) from his research at the C.H.S. in Washington: see https://kleos.chs.harvard.edu/?p=8972