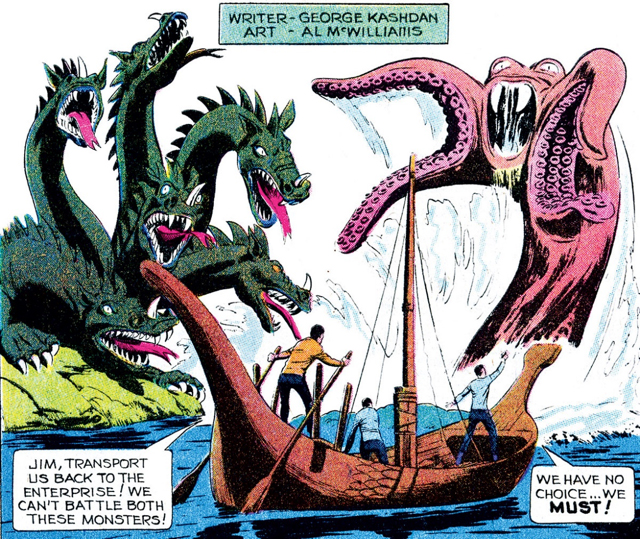 We are thrilled to be receiving so many requests for 2022! Thank you!

However, before you submit Trip proposals to SLT, please check out important updates in our latest News Letter.

There may be more trials ahead than in the combined exploits of Herakles and Theseus, but nothing more challenging nor onerous than those encountered during the past year! So, channel your inner Odysseus and hone that Πολύτροπος – you are well prepared.

Expect increased prices and convoluted bureaucracy – Scylla and Charybdis have metamorphosed into the twin monsters of Brexit and COVID! – but the advantages of a school trip remain legion (academic, social, recruitment).

Exciting new archaeological developments do compensate for new regulations; with that in mind, let’s begin by exploring the former – you may need to rethink your standard itinerary!

i – The most important news is (of course) the opening of the Mausoleum of Augustus. 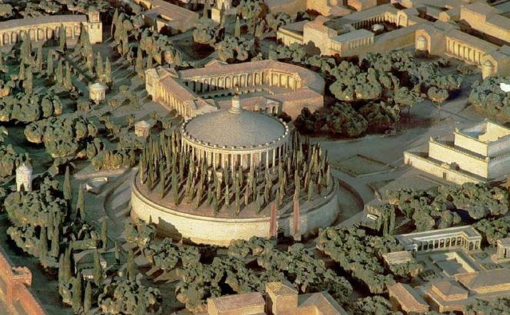 The Mausoleum of Augustus

ii – The Colosseum will have a new floor.

iii – The Domus Tiberiana has reopened after 40 years.

vi – Parco Archeologico del Colosseo has a new website which is always worth checking: why not sign up for their newsletter?

v – The Largo Argentina Project will improve the tuffa base of the Curia, as well as the four Republican temples.

vi – Caligula’s ‘Gardens of Delights’, long hidden beneath an apartment building, are to go on view in the subterranean gallery of the Nymphaeum Museum of Piazza Vittorio .

i – A new Director has been appointed with plans to “open up warehouses, excavation sites, laboratories, tell people how we arrive at our conclusions & reconstructions… to show how an excavation takes place”. Gabriel Zuchtriegel is young, non-Italian and has ‘ruffled feathers’, but he’s had great success at Paestum.

ii – The Museum has reopened with some amazing finds. 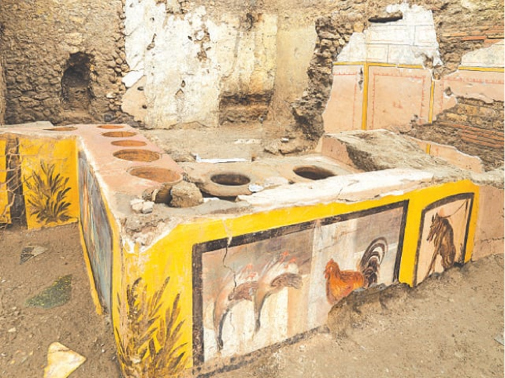 The thermopolium of Regio V, Pompeii

iv – The House of Ceii fresco ‘glows with vivid colours after restoration’.

v – The Alexander Mosaic in Naples Archaeological Museum is undergoing a 6-month restoration; cleaning and reinforcing the reverse side to prevent the tiles from coming off. The mosaic will shine in many more colours and reveal details that have not been seen before.

i – Work is afoot to restore the original levels of the beach, restore sand and allow visitors to stroll on the ancient coast.

‘Between the colossal columns that support the bridge, six large wind turbines recall the six dog-headed snakes that were attached to the body of the monster Scylla.’

ii – The Archaeological Park of Morgantina and the Villa Romana del Casale in Piazza Armerina are being renewed, thanks to €250,000 of funding that has activated eight construction sites for improvement and redevelopment of the archaeological area of ​​the villa.

Landmark Greek museums and archaeological sites to get free WiFi! Anxious parents and micro-managing SMT’s will soon be able to receive hourly updates …

i – In addition to the new lighting on the Akropolis, the Philopappos Monument also has received an upgrade, as have 34 landmark fountains.

The new lighting on the Acropolis.

ii – Excavations are planned for the fifth century Demosion Sema (Public Grave) along the ancient road between Kerameikos & Academy of Plato. A special part of Kerameikos, it was designated for the burial of prominent men and those who fell in the numerous wars of the Athenians.

iii – – Museum of Modern Greek Culture will open in May 2021. Consisting of 18 preserved buildings, including the 1759 Tzisdarakis Mosque & the Bath House of the Winds, it will run parallel exhibits on folk art, Greek identity, Plaka and Karaghiozis traditional Greek shadow puppet theatre.

iv – The Ziller-Loverdos Mansion is set to open as a museum.

v – A stylish Path of Poets has opened in Glyfada, refurbished with trees, lights, pavement plaques & benches ‘layered with the wealth and wisdom of Greek poetry’. Come to commune with the shades of Seferis, Elytis, Ritsos, Kavafi, Solomos, Palamas and Karyotakis.

i – A second phase has been proposed for the restoration / enhancement of the Gymnasium.

ii – The Workshop of Pheidias is due to be restored. 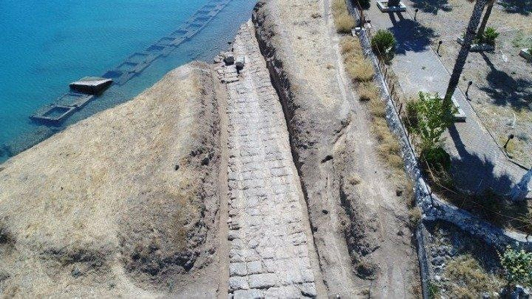 i – The ancient Diolkos, the cobblestone roadway upon which the ancients transported ships from the Corinthian Gulf to the Saronic Gulf, is also being restored.

ii – The Corinth Isthmus Tourist Centre has received a (much needed) upgrade.

iii – The Elefsina (Eleusis) Archaeological Site is set to be upgraded, with the old oil mill becoming a new museum.

iv – Also check out the proposed Spartopolis Park at modern-day Sparta; cue those ‘Leonidas & me’ selfies!

Anyone currently planning a trip should be forewarned: although Greece and Italy are optimistic for a resumption of tourism come May, both countries have recently announced tightened restrictions beyond Easter – without the synchronisation of the UK government with their European counterparts, it will be difficult to proceed in the near future.

That said, do continue to monitor the DfE & Foreign, Commonwealth and Development Office websites, as well as UK Outdoors, who have submitted a road-map for the phased restart of educational visits after Easter.

With the above in mind, read on for the current regulations governing school trips – always bearing in mind that things are ever-changing!

The EU has announced plans to move forward with Greece’s proposal on Digital Green Certificate for travel.  Expected to roll out before the summer, it is available free of charge in digital or paper format; it will include a QR code to ensure security and authenticity. 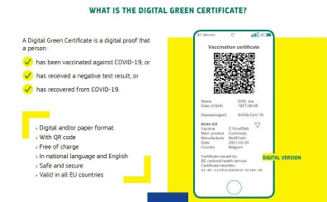 Greece is currently in talks with UK to allow Britons with or without vaccination to travel from May. According to Reuters:

‘tourists will be welcome if before travel if they are either vaccinated, or have antibodies, or test negative (for COVID-19). All tourists will be subject to random testing.’

To reduce costs, time, organisation and to remove the threat of quarantine, vaccine passports may well be the key. However, it may be some time before all pupils and teachers receive both vaccines.

Despite government assurances to the contrary, will there be another wave in September/October? And will that bring with it another national lockdown?

i – Your SLT will add C-19 to school H&S risk assessments. We will be undergoing our own training and will endeavour to lighten your load.

ii – Online Passenger Locator Forms are now a government and airline requirement before departure and return.

iv – For the time being, UK citizens may still travel to the EU without a visa for up to 3 months in a year, but you must have 6 months left on your passport. Towards the end of 2022, the EU will begin to require UK citizens to have a visa-waiver permit, costing €7 (£6.40) which is valid for multiple visits over 3 years.

i – Entrance fees for Non-EU citizens (pupil and adult) at museums and archaeological sites. In Greece – 50% for Teacher & pupil, to be paid at the entrance; this cannot be paid in advance. In Italy – some venues charge for teachers only, while pupils enter free; others charge 50% for all. This can be paid in advance. We will advise on an individual basis as there is no EU consistency.

iii – Coaches are temporarily restricted to 65% capacity in Italy and 50% capacity in Greece.  Accordingly, we are quoting on 100% capacity as the additional expense of 2 x coaches, tolls and driver should be unnecessary. 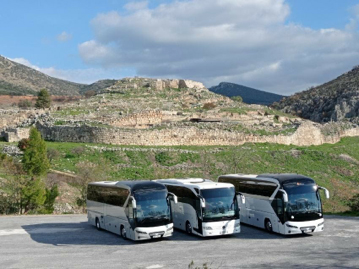 A different sort of fleet below Mycenae

iv – ‘Whispering Guides’ are currently mandatory for all Group members. Our agents can supply these in situ.

Don’t worry about keeping up to speed on changes: that’s our job! We will advise on new airport, airline, hotel, coach, restaurant, museum and archaeological site protocols as situations develop.

We are receiving a steady flow of enquiries for March and April 2022. Itineraries need more than one revision based on new opening times, reduced flight schedules and increased costs. 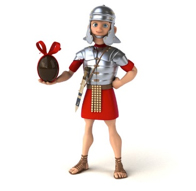 Have a very well-deserved rest.

Best Wishes to you all,