The end of the Academic Year is almost upon us and the taste of freedom is in the air.

As you begin to wind down and hopefully ease your way into a well-deserved more relaxed Summer, we will continue finalising arrangements for your Trips both home and abroad. A comprehensive Government/Insurance Industry decision re C-19 cover is soon to be announced and we shall notify you as soon as an agreement has been ratified.

Merkel and Macron may well be having a blue funk at the lack of EU C-19 Policy cohesion and undeniably there are still concerns; but the outlook is at last looking positive! 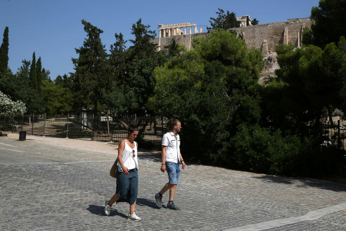 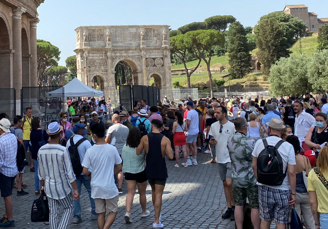 Increasing numbers are being vaccinated, news of a possible roll out for children by the Autumn, a non-obligatory EU Digital Green Pass is gaining ground, Airlines are making PCR Tests cheaper and more easily accessible and there’s a huge possibility that double-jabbed holidaymakers returning from amber list countries won’t have to isolate ‘later in the summer’.

As soon as UK C-19 restrictions are lifted; Hotels, Restaurants, Sites and Museums will be able to honour provisional bookings and we can finalise all arrangements for Day and Residential Trips – eventually!

From the Colosseum to Pompeii: How have Italy’s museums changed post-COVID? Many museums check visitors’ temperatures. Other measures for a safe visit are limited admissions and hand gel dispensers in the rooms. The Vatican museums in Rome have a page on their website with all the information.

i – Underground tunnels of Colosseum fully opened to public. 160 metre (525 ft) walkway reveals a part of the monument that has not been accessible to visitors. The second part of a three-stage process that started eight years ago, finally opens to visitors. 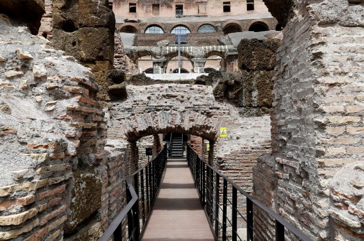 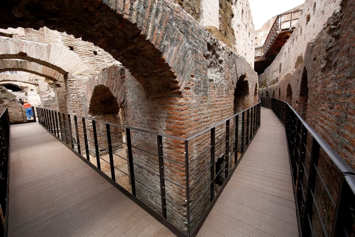 “Just came out of the newly-reopened Domus Aurea. OMG. So much that’s been cleaned, so much restored, a new entrance, a fascinating virtual exhibition in the Octagonal Hall… I was almost in tears” 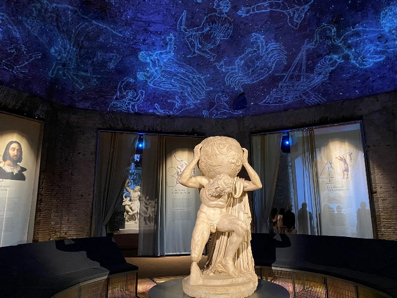 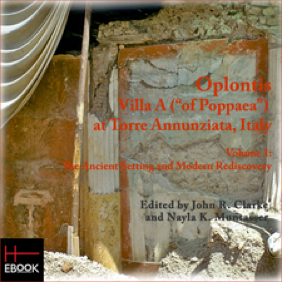 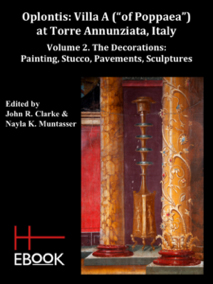 iv – Excellent news from @MuseoBoscoreale that Boscoreale entrance is included the Pompeii Ticket at no extra charge!

v – A new games area has been introduced in front of the Neptune Temple at Paestum. Stomachion, invented by Archimedes formed by geometric figures reconstructing a square – from Greek Term for the irritation of those who can’t put the figure together correctly! 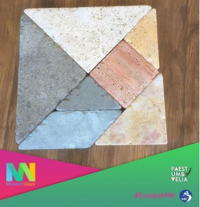 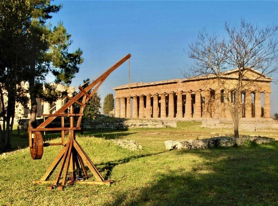 vi – A section of the Servian Wall has been incorporated into the McDonald’s at Termini Station, Rome

vii – Pantheon piazza has been repaved.

viii – Ancient Roman ‘domus’ with mosaic floors tucked under modern flats in Rome has opened to the public. 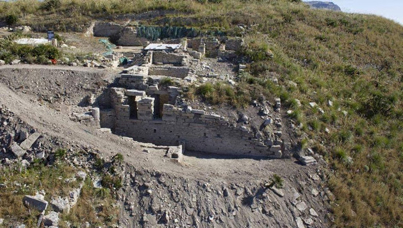 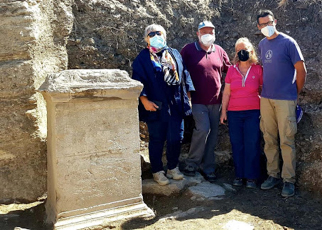 i – The sprucing up of Athens has continued with street repaving, tree planting, park revival, graffiti elimination as described in the slightly tongue in cheek “Ultimate Guide to Post-Pandemic Athens”

Extensive renovations are now complete at Athens’ redesigned Omonoia Square, with its signature fountain completely rebuilt & illuminated every evening and other ‘landmark fountains’ have been similarly revived across the capital.

ii – Seikilos is a unique exhibition of ancient musical instruments featuring the ancient Greek lyre in the heart of Thessaloniki, offering interactive and online tours for visitors, students and educational institutions.

iii – In March a newly founded Philhellenism Museum opened in Athens, just in time for the celebration of the 200th anniversary of the start of the Greek War of Independence.

iv – A partial restoration of the Asclepieion on the slopes of the Acropolis has been completed using a combination of Hymettus and Penteli marble. 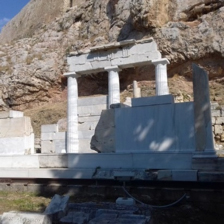 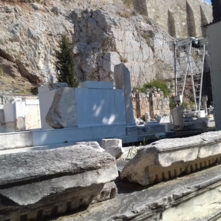 vii – The archaeological site of the ancient theatre of Aegae (Vergina) (site of Philip’s assassination) is now open to visitors.

viii – Elefsina Archaeological Site upgrade is due to completed in 2022 ahead of the city’s term as the European capital of Europe in 2023.

x – The “House of Europa” has opened to the public in Sparta with Free admission Monday, Wednesday to Sunday 0830 – 1530 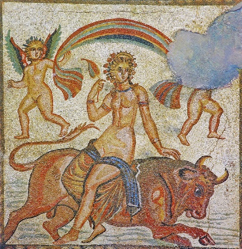 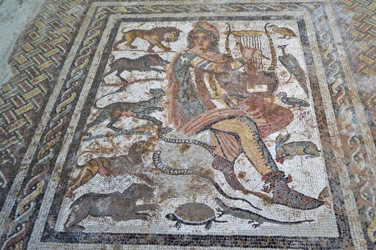 i – In preparation for School Trips to visit the BM’s Nero Exhibition, be sure to check out beforehand the in-depth Curators’ Tour with Thorsten Opper and Francesca Bologna

iii – A new section of the Roman Baths at Aquae Sulis is set to be unveiled in autumn. 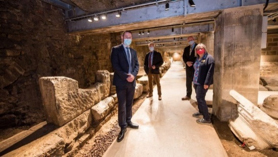 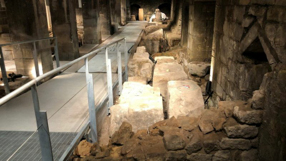 One of the great positives of the great COVID Lockdown has been the marvellous expansion of online Site and Museum Tours, Lectures and other resources.

Please find attached a varied selection for your delectation during the Summer Holidays.

The attached ranges from a Myth and Religion BSA Podcast, Virtual Classics with Cambridge, numerous Digital guides to Sites and Museums, the new Animating the Ancient World from Panoply/CSCP launched 24/4/21, a selection of Rome 4D videos and a TELL ME WHAT TO FILM NEXT offer! 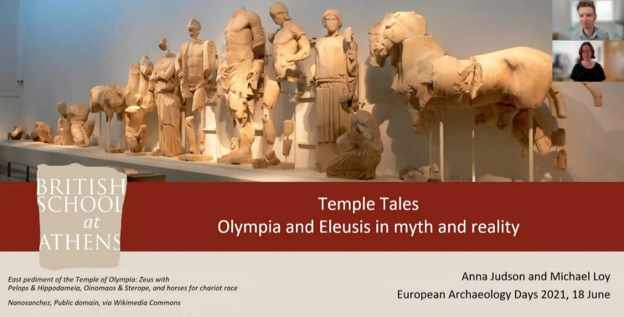 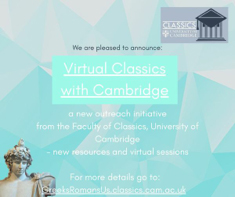 Once again, we are immensely grateful to all who have stuck with us over the past eighteen months. Whether you’ve been enquiring of our wellbeing or that of our friends abroad, keeping us up to date with educational developments, provisionally booking trips or sending us pictures of your cats – Thank you!

For those of you missing Sorrento and wondering about the current state of play, check into our Twitter feed if you are able.

Our Agents began their Hotel recce by checking into Hotel Aequa, Vico Equense & very kindly reminding us all of what we’ve been missing …..

Whilst we endure the UK downpours, our Italian Reps continue their Sorrento Hotel Recce – Hotel Tourist ready and waiting …..:

We have planned a Greek recce in October, but we know there’s a lot of work to be done beforehand and we envisage a very busy September.

Meanwhile, enjoy your Summer whether here or abroad, recharge those batteries, pamper yourself and feel free to contact us at any time.

We’ll leave you with this recent photograph of a chap serenading a giant castorino (nutria/little beaver) on the banks of the Tiber.