C-19, Site and Museum Updates, two FANTASTIC Teacher Guest Blogs and the usual miscellaneous collection of Classics News from around the world!

Should you still be in harness, take succour from this wonderful photo from the steps of a favourite Hotel in Tolo. 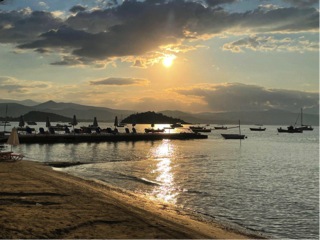 For those planning Classics Trips in the new Academic Year and concerned about the re imposition of C-19 restrictions, be reassured that the European Council has approved rules allowing the extension to June 2023 of the EU Digital Covid Certificate, serving as proof of vaccination, negative test result or recovery within the past six months.

The Greek Health Minister declared that from Autumn onward, they will proceed with the logic of “coexistence with the coronavirus” . Having lifted the mandate for Whispering Guide Headsets for Guiding during the Summer months, this may be re-introduced in September, but there will be no lockdowns.

Face masks will still be required on all means of public transport (buses, trolleys, metro, tram and suburban railway trains), in hospitals, health clinics and care facilities for the elderly – so that means also still on coaches. A small imposition. Further, Tourists who get infected with the COVID-19 disease while being in Greece will not be required to go into quarantine.

Italy has yet to declare their position, but over the past nearly three years, Greece has been leading the way with Guidelines and Regulations!

Site Entrance Updates remain unchanged in Greece (50% Entrance with Official School Letter, but you may be waved through) but continue to alter in Italy……. 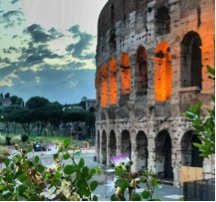 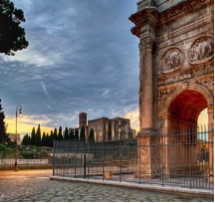 Some Ticket Franchise Contracts in Italy have expired and are currently being renegotiated although ‘the existing entity (CoopCulture) is continuing to offer tickets, but only on a very short-term basis in case another entity is awarded the new contract and takes over the ticket management’, as reported by Romewise – The Latest News from Rome This July..

i – There is no longer provision for non-EU schools to prebook a time slot for Pompeii, Oplonis and Herculaneum, so schools simply arrive and queue. However, with Official School Letter Teachers only pay in situ with pupils free of charge.

ii – Currently Whispering Guide Headsets (through which you communicate to your pupils) are mandatory for Colosseo but have been lifted for Pompeii and Naples Archaeological Museum (unless you book an Official Guide). We can only hope other venues such as Oplontis and Boscoreale soon follow suit.
Providing queuing chaos does not ensue and Booking Fee rules reinstated, yes, many schools are due refunds.

v – Ostia Antiqua on Site café remains closed, but we can always make alternative arrangements if you don’t fancy on site vending machines

vi – no longer can one take the interior short cut from Vatican Museums via Sistine Chapel to the Basilica. One must now exit, walk to Piazza San Pietro and again queue to enter at the Basilica.

We are delighted to offer two fascinating and uplifting reads by Teachers very generous of their time!

Mr. P Seaman of Queensmead School writes about introducing Class Civ A’ Level into a NW London comprehensive state school ‘with a fair degree of trepidation’. See Attachment A 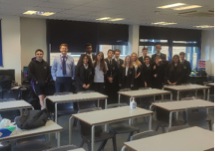 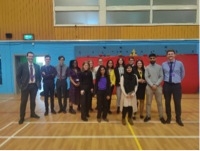 Mrs C. Juckes of La Sainte Union School waxes positively lyrical about her (very recent) experience excavating on Despotico as part of her MA at Birkbeck. See Attachment B 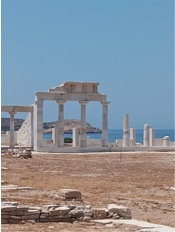 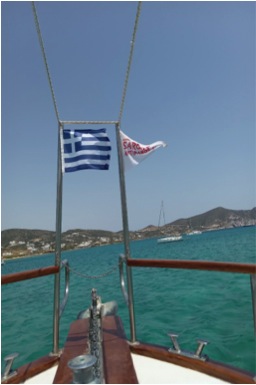 We hope both you and your pupils enjoy and are inspired by these positively uplifting offerings.
Thank you both.

What else is Happening in the Classical World?

“I had the honor to be invited to the reception for ‘Chroma’ at the #MetMuseum by Dr. Ulrike Koch-Brinkmann, of the @Liebieghaus. She and her husband, Vinzenz, have led the study of ancient #polychromy for decades and are responsible for the Gods in Color Exhibition”.

ii – Met Exhibition Brings Back the Color to Ancient Sculptures 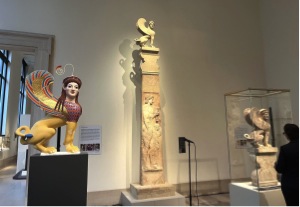 On a similarly polychromatic note, following the publication of a newly-discovered Athenian ephebic list in the holdings of the National Museums Scotland on the Attic Inscriptions Online website, we are able to announce news of research into three further Greek inscriptions in the same collection. Together they offer insights into the use of paint on Greek funerary monuments, the use of the Greek language, and interplay of cultures in Egypt during the Hellenistic and Christian eras

For a really bonkers polychromatic fix, this one-of-a-kind chess set which took 10 years to make could be yours for $1.9 Million. Inspired by the Battle of Issus , it features 14-karat gold moving pieces with semiprecious stones! 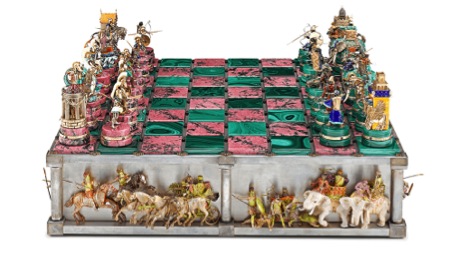 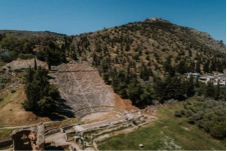 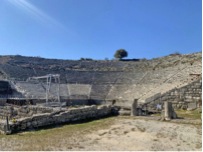 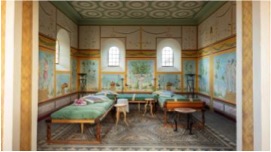 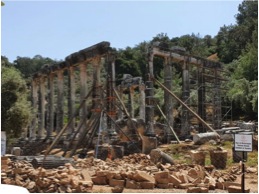 A miscellany of RESOURCES and TEACHING MATERIALS – Attachment G

Where not to die in Rome, Conflict in Antigone, ‘There were no Celts, just sociable sailors’, ‘The Authoress of the Odyssey’, Seneca, Roman copies of Praxitiles, Greek Bronzes, practising Linear B. 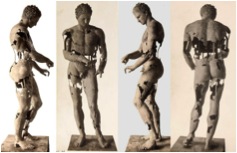 If you’ve not yet decided upon your SUMMER HOLIDAY PLANS perhaps you should consider experimenting with Roman Cuisine with Working Classicists.

If you are lucky enough to be in Greece do consider –

i – Diving the Peristera, a huge Greek vessel carrying more than 4,000 wine amphorae, the giant two-handled jugs used to carry the drink, sank off the Sporades island of Alonissos in 425 BC can now be visited, if you’ve the skills and permits

Whilst we would simply LOVE to be with author and re-enactor Chris Cameron at the immersive re-enaction of Plataea from 25-31 July 2022 organised the local community, Ephorate of Antiquities and ‘Hoplologia’ ………………. but we are more than likely going to in the Office planning for Autumn Term School Trips!

Nevertheless, whilst Italy plans a marathon of events to celebrate 50th anniversary of the discovery of the Riace Bronzes, August 16, 1972 – we can at least take comfort in the fact that we celebrate one of them daily at very close quarters! 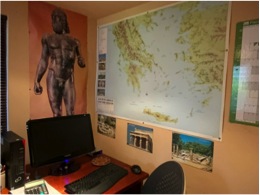 However you plan to spend the Summer recharging your batteries – ENJOY – and Good Luck with Exam Results!

Sarah, John and the Hellene Team