September Newsletter 2021 – Classics news from around the Mediterranean:

Welcome back to the fray! We trust you are well rested and thoroughly prepared for whatever surprises the Autumn Term has to offer………

We are incredibly jealous that many of you have spent part of the Summer abroad and although foreign travel is still a little “μέν…δέ…” to be honest, how wonderful that things are beginning to get back to normal!

At long last School trips abroad get the green light from the autumn term and quarantine requirements have been lifted for double vaccinated travelers on their UK return from Amber destinations. Fear not the Italian Green Pass for Sites, Museums and indoor dining, nor similar requirements for those over 12years in Greece.

The EU vaccine ‘passport’ and what it means for travel.

We can’t yet use the NHS certificate in the EU, but some individual countries, such as Greece, Malta and Spain, do accept it. EU & UK Vaccination Passports Officially Recognised by IATA Travel Pass

The EU says it’s working to ensure its own certificate is compatible with similar products and it is expected the NHS certificate will be accepted by the EU before 2022. Should parents be opposed to their children being vaccinated, or should any passenger be unable to be vaccinated for any reason, we can arrange for a qualified Nurse to carry out the C-19 Antigen Tests if necessary whilst abroad.

The British School at Athens (Twitter link) reports, “We’re absolutely thrilled that our Undergraduate Course in the ‘Archaeology and Topography of Greece’ has now begun. Things might look a little different this year (not least of all we are teaching the course as two ‘terms’ with half the number of students) but this is still the same intensive learning experience that the BSA has run for almost fifty years since 1973! 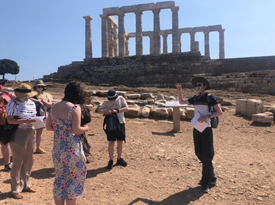 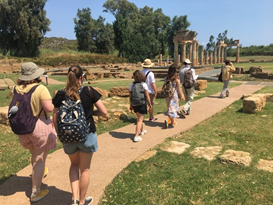 The British Museum too, is “delighted to be welcoming back visitors. Our popular Virtual Visits sessions, aimed at ages 7–11 are open for booking. Sign up to our Schools newsletter to receive the latest news and booking information. We are planning for school group visits to resume from September 2021” – which is great news for those Schools who have provisionally booked “Nero Exhibition” Trips with us!

Join Mary Beard on a tour of our Nero exhibition: New video

Trustee Mary Beard takes you through the Nero exhibition, sharing her favourite objects from the show and introducing you to some of the most important women in the imperial family. 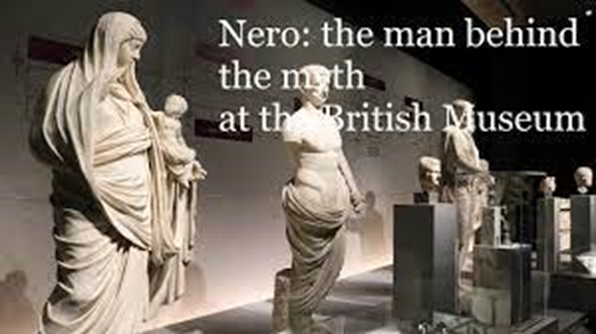 Should you still be debating whether to visit, why not read Jamie’s Blog and advice regarding bias.
In addition check out the best place for exhibition pieces on his Flickr

It’s been marvelous hearing positive news from Friends and Agents abroad during the Summer.

i – Goran reminded us of what we’d all been missing in Zadar – Roman Forum & a passable Hotel pool (Twitter link), I suppose……. 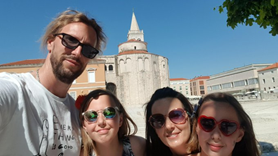 They also had a rather good time at the Pula Amphitheatre Gladiator Show (Twitter link). 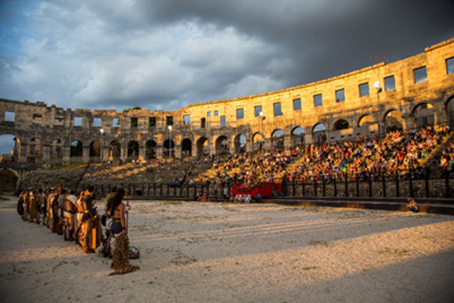 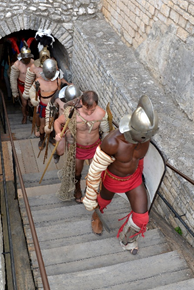 ii – Loredana emailed…. “A Sarcophagus was found in my dentist’s garden, 500 mt from Juno’s temple in Lanuvium (Twitter link). The Superintendent has now blocked all his restoration work!” 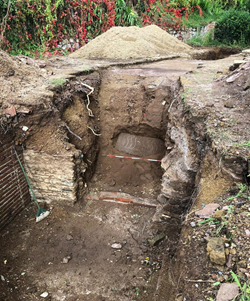 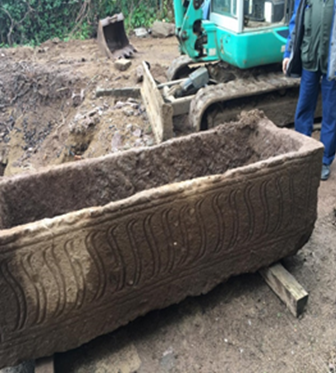 iii – Sandy MacGillivray emailed a rather tantalising reminder from the excavations at Paleokastro, Crete: 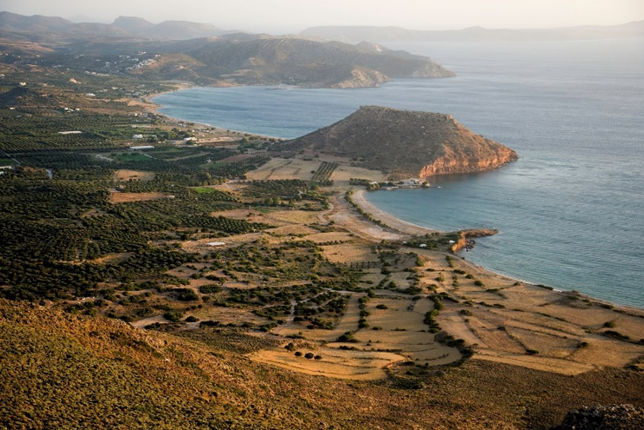 iv – Carolyn Perry, now safely back in Albania sent us this update from Amantia, Albania 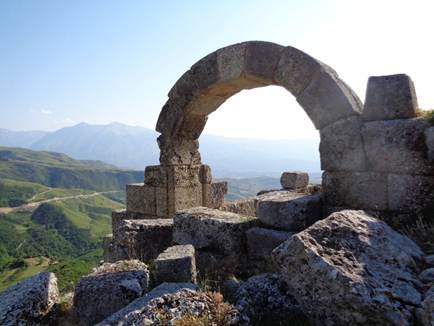 If we’ve not yet managed to whet your appetite, what else is new?

i – New entrance to the Nero’s Domus Aurea includes a new permanent access and a pedestrian walkway, which leads to the Sala Ottagona among plays of light and archaeological ruins.

ii – A rare Pomerian Cippus found during excavations for a rerouted sewer under the recently restored Mausoleum of Emperor Augustus is on display at Ara Pacis Museum. The inscription dates it to Emperor Claudius’ expansion of the pomerium in 49 AD, establishing the new civil and military ‘limit’ of the city. 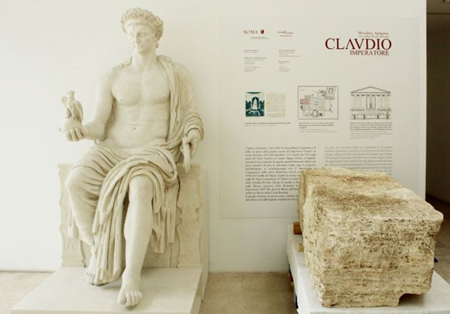 iii – Multimedia light show conjures up ancient Rome by night. The history of ancient Rome comes to life thanks to the Viaggi nei Fori project, a multimedia display screened on the ruins of the Forum of Augustus, each evening from 19 June until 7 November 2021

iv – La Casa delle Vestali, reopened to the public with new museum layout in the House of the Vestals + display of some of the most significant finds found at the end of the nineteenth century

i – The BIG news of course is the discovery of Marcus Venerius Secundio with *white hair and part of an ear still intact*. 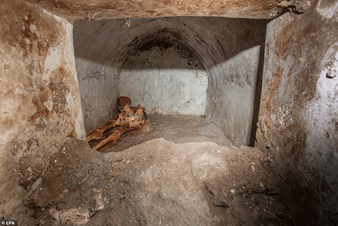 As his name appears in the wax tablet archive of money lender Caecilius Iocondus, I do hope he wasn’t in any financial trouble otherwise conspiracy theorists will have a field day!

ii – The two buildings most requested by visitors in ​​Pompeii the Pompeii Lupinare and Villa of the Mysteries have reopened after restoration. 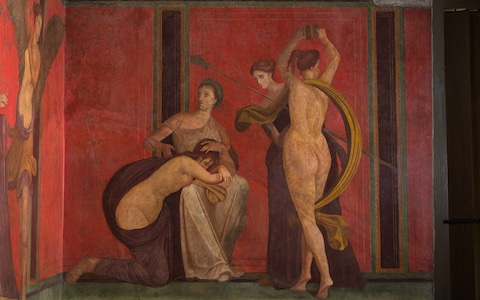 iii – The Thermopolion has also opened.

In Herculaneum after long and elaborate restoration and research project the Villa di Diomede, Via dei Sepolcri, near necropolis of Porta Ercolano has reopened.

In Baiae, there is a new underwater route to explore at Portus Julius. The entire route, which runs for about 50 minutes, is suitable for the most expert scuba divers as well as very young snorkelers. 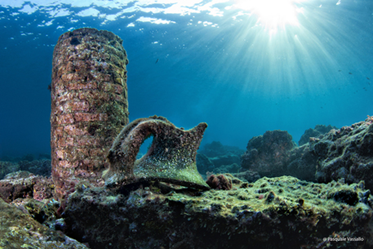 i – Athens Syntagma Square is to be revamped 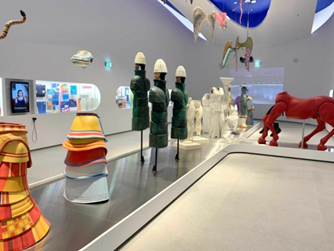 iii – The archaeological park of Aigia consisting of 530 ancient burial tombs has opened to the public near the modern town of Vergina in Imathia: the Royal “Temenides” Tomb Cluster. 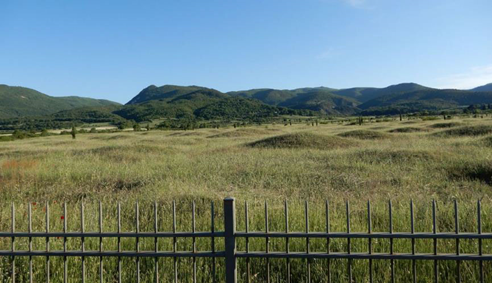 The new museum of Aigai has been inaugurated, promoting the digital museum “Alexander the Great from Aigai to the Universe” and part of the facades of the second floor of the palace complex is being restored.

Also in Northern Greece, Persephone, the robot guide has been leading visitors through the Alistrati Cave since mid-July! 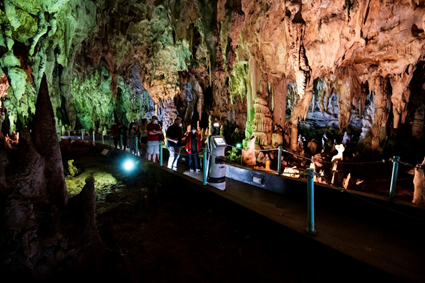 i – Schliemann’s destruction in Turkey’s Troy repaired after 150 years.

ii – 2,300-year-old columns in Turkey’s Temple of Apollo at Didyma to be restored – which will be pretty spectacular if ever accomplished! 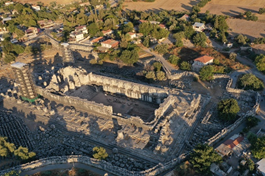 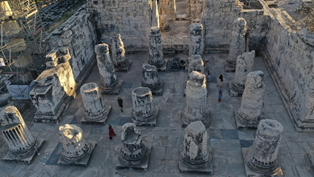 i – Construction has begun on the ’Small Roman Theatre’ in Pula.
ii – Tantalising pics of the New Archaeological Museum in Pula (Twitter link)..yet to open.

For those of you whose School Trips are likely to remain UK based, there are also new developments and resources on offer –

i – A new Deva Roman Discovery Centre is opening in Chester, October 2021 with bookings from September! 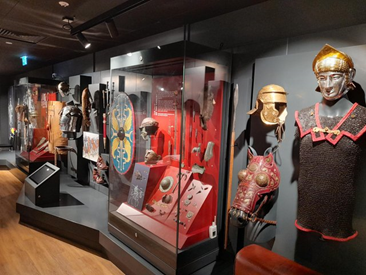 iii – Should you be missing the delights of the City of Rome whilst passing through London don’t forget the 1832 crazy plan to build a Roman Colosseum on Trafalgar Square  …………………. and that the lower part of Southwark’s King Alfred statue has recently been revealed to be of Roman origin! 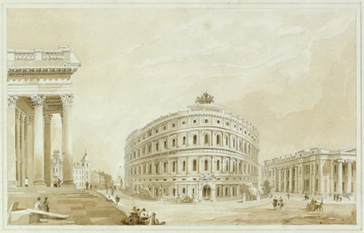 iv – Roman Britain Inscriptions has ALL the published Vindolanda tablets on it -including fort commander Iulius Verecundus letter to his slave Audax about vegetables and the wrong key being sent!

v – Whether you are planning a school trip or exploring remotely from your Latin classroom, there are plenty of resources available to help you teach Roman Britain. In CSCB’s first Hints and Tips post, Alexander Carroll shares a few of his favourites.

Other RESOURCES available here – including Pasts Imperfect: a weekly newsletter amplifying and supporting public writing focused on a global antiquity, online Lectures, Aventine Hill Archaeological Box, Delphi Philosophy learning skills, innovative work by female scholars and scholars of colour for fresh perspectives on the ancient world and all you need to know about the new £4m Latin Excellence Programme. 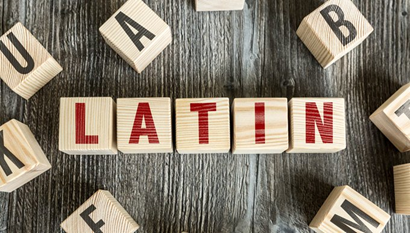 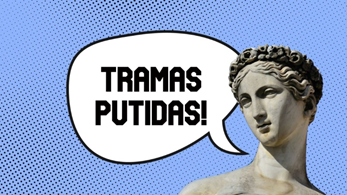 Should you feel the need, herewith 20 Latin Insults You Need to Know perhaps whilst dancing along to Lizzo, Cardi B’s ‘Rumors’ music video ………. 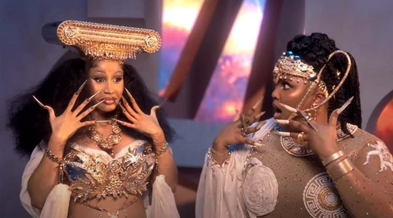 When Lizzo and Cardi B touch their acrylics in a gesture reminiscent of Michaelangelo’s famous “Creation of Adam” painting on the ceiling of the Sistine Chapel, they’re transfigured into a Grecian vase in a flash of lightning.

This may prompt a discussion on cultural misappropriation, Venus Callipyge and whether the centrality of Black women to the classical tradition is no longer just a “Rumor”!

However you approach your classes, please – let us all go back to ENJOYING TEACHING!